Crying Nut were the first or second Korean rock band that I ever listened to. Galaxy Express impressed me because they brought dirty garage rock back.

Their EP, 개구쟁이, is great because it features two very important bands playing and mixing their sounds together. In some aspects, the EP is like a changing of the guard between two bands. 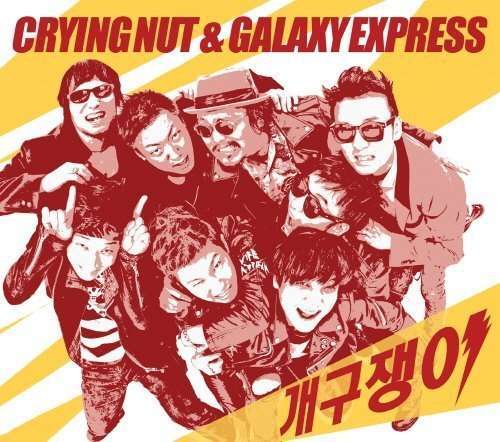 The energy on the tracks is amazing because it is easy to hear each band’s style and the six songs are a great sampler of both bands. It sounds like each band is supporting each other with the songs.

There might not be a better introduction to both bands than 개구쟁이 because the rock that both bands play mix from one track to the next. Even though the tones of the band are different and it’s easy to hear the difference, the similarities of the themes are simple to hear.

It’s interesting because the EP feels like a full-length even with only six songs on the album. For both bands to work on a split together is incredible and the fact that Crying Nut is still performing after all these years is amazing.

With first and second generation rock bands working together, it’s good to see that while the sound has changed, the feeling of the music has remained the same.