Hee Young may be a Brooklyn-based singer-songwriter whose music originates from the US, but her first full-length, 4 Luv, is a mixture of American-influenced indie acoustic rock that translates to Korean indie music in excellent ways. 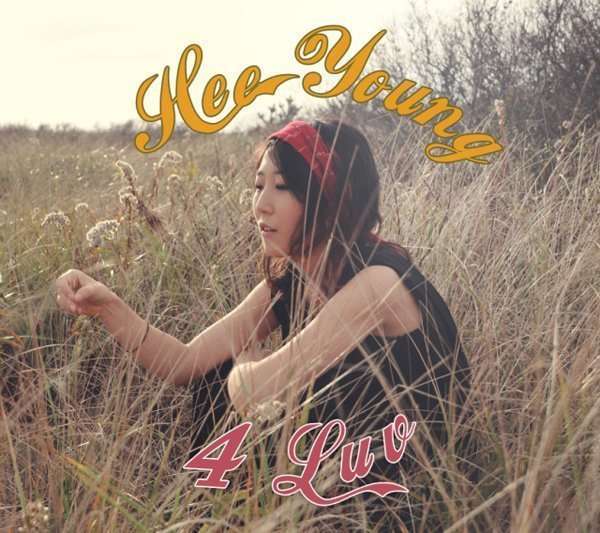 The majority of her music is sung in English with three of the thirteen songs translated and re-sung in Korean. Essentially, 4 Luv is an American release for South Korea. But at the same time, Hee Young is bringing a different style of music into the ears of Korean listeners who will probably start to be influenced by it.

4 Luv’s tone is very familiar to anyone who has listened to indie singer-songwriter music in the United States. Her music has a lot of “Americana” style with the guitar being the core instrument and other instruments expanding the sound on individual songs. Her voice is excellent on all the songs, and singing the songs in Korean don’t change the tone at all.

Her first EP, So Sudden, was an impressive and surprising release carries a different tone from 4 Luv, but it presented an amazing introduction to her abilities. In comparison, So Sudden sounds a lot more amateur, which could also be because the EP was self-released, and 4 Luv is full of songs that are heavily layered and arranged.

While Hee Young may not stand out so much in the United States with the massive amount of singer-songwriters, her songs are great and the album is bringing a new style into Korea. 4 Luv is excellent in either country and since most of the songs are in English, it’s not a difficult album to listen through.

But I’m still waiting for an entire Korean-language album.