Interview with The Electric Eels

When Korean Indie was posting prior to the start of Top Band 2 about the bands who were auditioning, I was able to participate in the one with The Electric Eels. I didn’t know that I had their recent EP and had already listened to it.

After commenting, I started searching for more information on the band. I was happy to find out that The Electric Eels were Twitter and I was able to ask them to answer some questions about the band. 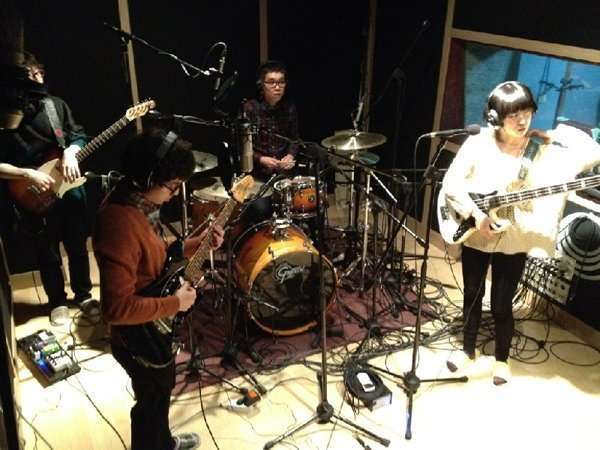 Can you introduce the band?

Hello! We are Korean rock band The Electric Eels. The band consists of 4 members (vocal, guitar, bass and drum). We’ve been together for about 2 years, having gigs mainly in Seoul. In 2011, we released our first EP album 충전 (Charging) and recently we also brought out 2nd EP 최신유행 (The Trendy) with 6 songs.

How would you describe your sound?

The Electric Eels’ sound is mostly easy and cheerful. We pursue plain and simple sound rather than solemn or rich sound.

For this year, we’re going to be at several festivals including “Green Plugged Festival” on May 27th. Also, we are considering making our first full album which is not having fixed schedule yet. Maybe it can be this fall or next spring, we guess. But we can definitely say that it will be completed someday when all of us are still alive.

How do you approach your live shows?

Actually we can’t get this question clearly with the word “approach”, but if you wonder how we “physically” approach our performing places, we get there on foot since we are living near those places.

If you want to know how we have the chances of performing, currently the club managers or performance organizers contact us (actually the leader gets all to calls). Of course we had several auditions at the very beginning.

What are your influences or bands that you like?

Members all like the bands who make rough sound such as The Strokes, The Kooks, and The Libertines, however, we always try to make our unique sound styles.

We really love the lyrics and performing attitude of Weezer, too. There are many Korean bands we are fond of, for example, The Freaks, The Black Skirts, Eastern Sidekick, Sister’s Barbershop, etc.

If you could go on tour in the United States, who would you want to tour with?

What do you think of the Korean indie music scene?

We see Korean indie music scene as a “sub-culture”. Some perform every week and others pay for the gigs each time, however, we somehow feel the situation being their own party. As the scene’s market size is not that big and consumers are quite limited, we think, so it is hard for an indie band to make great profits from selling their albums.

Of course there are several teams which became popular among the listeners outside of the scene, but when it comes to the whole country, the popularity and album sales are relatively low compared to idols or pop singers.

What are your plans for the future?

Simply, for short-term, our goal is to make our first full album and make a big hit. We want more people to know our music. For long-term, we don’t have specific plans for band but the main and ultimate goal of us is to make songs that can be steadily enjoyed and favored.

I really enjoy the music that The Electric Eels play. It sounds very familiar in tone and style, but it’s a lot of fun to listen to. The Electric Eels feel like a young band, even with two years of experience, but I think they have the potential to grow a lot.