I’ve mentioned before about my introduction to Korean indie. I used to listen to a lot of Korean pop music. The first band that I heard that opened my mind to the possibilities to indie rock was Donawhale. The band holds a very special place, not just the music, but it’s also how I met Anna (@indiefulrok) through a Twitter link.

The music of Donawhale is melodic pop rock. As my experience with indie music has grown, I can see how slight shoe-gaze influence come from the music with the guitar arrangements. The band doesn’t have an aggressive style, focusing on presenting a great variety of music that is focused on layered arrangements. 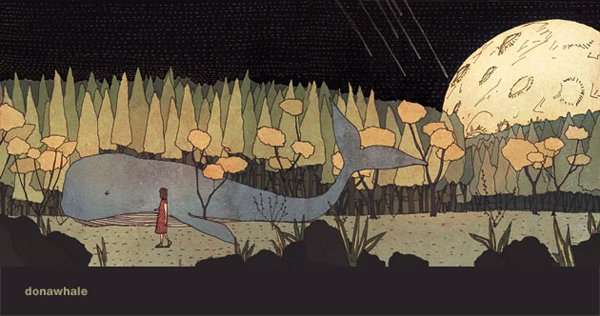 Donawhale only released two full-length albums and participated on two soundtracks. The discography of the band only really spans 23 songs.

The first, titled Donawhale, is a 2007 album full of music that supported the vocals of 유진영 (Yoo Jin Young). It featured songs ranging from pseudo-ballads to even-tempo pop rock songs. My favorite Donawhale song is “Echo” from the first album.

It’s a song that has a precise beat and guitar presentation highlighted by the vocals. Guitarist 윤성훈 (Yoon Sung Hoon) played a repeating riff that followed the verses, but added longer notes that added depth around Yoo Jin Young’s vocals. Echo is the perfect presentation of the sound and style of Donawhale.

The other well-known song is “A Spring Day” which was featured on a soundtrack. It’s the other recognizable sound from the band with piano taking the place as the primary instrument. It’s a lighter song that uses single notes from the guitar and bass to create varying rhythms.

The addition of samples over the strongly acoustic sound pulled Donawhale out of simple indie pop rock. While it’s possible to consider the self-titled album to be repetitive, it’s an album that I’ve never gotten tired of listening to. It fits many different moods and seasons because it finishes with the calm ballad-esque song in “꽃이피다.”

Echo was also remixed by 김대인 (Kim Dae In) of Apollo 18. Before Apollo 18, he made music under the name Jelly Boy which was a considerable change in style.

Their second album was Dive to Blue continuing the style they had on the self-titled, but pushing a slightly stronger pop sound. The 2009 was still layered and featured non-standard guitar arrangements that weren’t chords, but picked notes.

The overall presentation of Dive to Blue had a better production than the first album, but didn’t have a song that really stuck out. That’s not to say there aren’t good songs, actually the whole album is a great listen. But I have never found a song that sticks out like Echo.

“NaNa” is a nonsensical song that doesn’t have any true lyrics, but features the band. The instrumental shows the talents of each member of the band, but unfortunately I never really hear the bass as a strong instrument on the song.

Dive to Blue was definitely a step forward for the band and showed the potential of what the band could do. The 12 songs on the album are some of the best Korean indie that I’ve ever heard. The album hypnotized me because the overall sound was familiar, but the presentation was entirely different from any music that I had heard before. 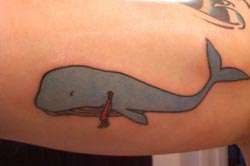 I haven’t heard if the other members re-entered music with projects or bands, which is unfortunate. Donwhale is a special band. It was my gateway to Korean indie.

Since then, I have heard many different bands over multiple genres and sub-genres; but I can always come back to Donawhale.

The band is an important marker in my experience with Korean indie.

That importance led me to get a tattoo of the debut album.