If you follow Koreanindie.com, you will know that I’m a big fan of Yellow Monsters. From their two full-lengths and We Eat Your Dog EP; I have always enjoyed listening to the music that is made by the trio.

From my first listen until my chance to see them live during Seoulsonic 2012 in Los Angeles to hanging out with the band and Crying Nut the night before they left the United States back to Seoul; I’ve had a huge respect for the band and the previous bands the members were a part of. 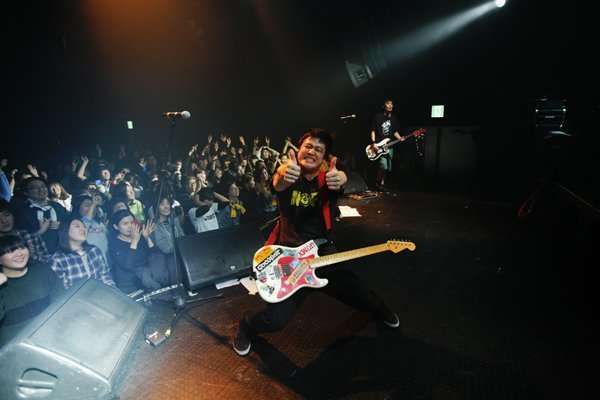 Previous to Yellow Monsters, all three members were part of other bands:

Lead vocalist/guitarist Lee YongWon (이용원) was part of GumX, a melodic pop punk band that has a definite influence on the music of Yellow Monsters.

Bassist Han JinYoung (한진영) was a member of My Aunt Mary, an off-beat rock band that released five albums.

Yellow Monsters released their first album in 2010. The self-titled album featured songs like “Destruction” and “Christie.”

The surprising element of Yellow Monsters was that I never expected to be so impressed again after Donawhale or Apollo 18. The first album is one of the best Korean rock albums ever released. The ten songs create distinct imagery when listening and the order of songs is perfect.

I listened to the self-titled release constantly after it came out. I wasn’t even aware that a new album was going to release until Anna had interviewed them in 2011.

The music from Yellow Monsters bridged between the pop punk and rock I used to listen to when I was in high school to the Korean rock that I listened to now.

Riot! released in 2011, only a year after their first album. The lead single “Riot!” continued the rock and punk style of the first album and new ballad-type songs like “4월 16일” were also included.

Riot! contains fifteen songs, five more than the self-titled. Once again, the album has become another favorite. It has a specific flow from song to song that makes each moment addictive. The mixing of styles from rock to rock-ballad really shows off more on the second album.

It’s a sad description, but I really find the music of Yellow Monsters to be “fun.” Meaning there’s no superfluous arrangement of music or an attempt at portraying a particular style; it’s simple, straightforward, and fun to listen to.

When it was announced that Yellow Monsters would be participating in Seoulsonic 2012, I knew that I had to go see the band and possibly interview them. I got my chance when I went to the first show at Cafe Du Nord in San Francisco.

JaeHyuk wasn’t able to attend the first show and Yellow Monsters ended up not playing, but I did get to interview with YongWon and JinYoung.

We Eat Your Dog is an evolution of their sound and was dually recorded for a Korean and Japanese release.

The music of Yellow Monsters is familiar and new, bringing both a punk and rock sound back into Korean music. With all the different styles that bands play, you could think that the band is going to back a recognizable style, but the energy they show during performances and on their releases is amazing. 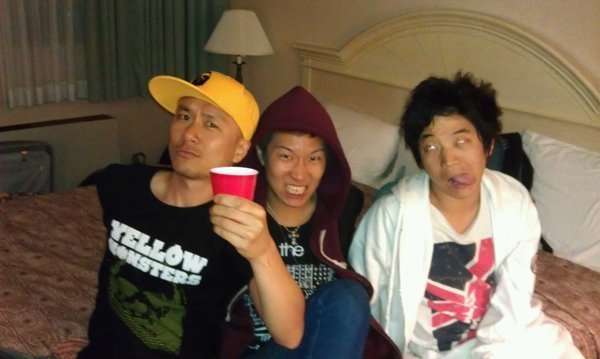 When I started writing about Korean music on wakesidevision.com and then on Koreanindie.com, I always thought that I would simply help people learn about new bands. I didn’t think it would allow me to meet the bands that I’m a fan of, but I will always be a supporter of Yellow Monsters.