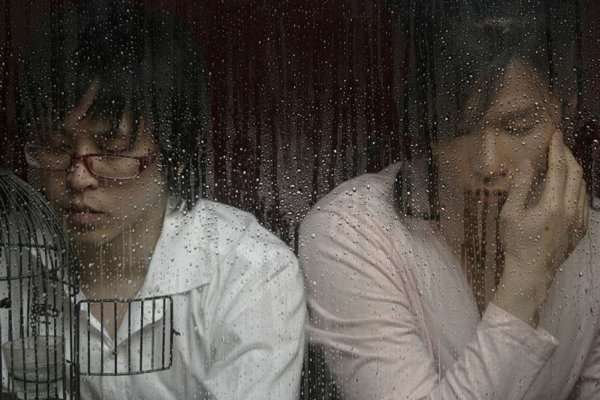 Mot is the first “indie” Korean band that I really fell for. (We’ll exclude Nell in this situation, as when I got into them – during their Let’s Take A Walk era – they were already considered “mainstream”) At that point I have only just recently begun listening to Korean indie/alternative music, and I have yet to encounter a band that was nothing like I’ve ever heard of before.

Around then, I came across a video of Mot performing “Caffeine” on EBS Space and I was instantly drawn to their unique sound. It fuzed electronic elements with rock sounds and there was even a jazz influence, which was all very fascinating. But the thing that appealed to me the most was the atmosphere of their music.

It was dark and there was something infinitely sad about their sound, but it was also highly captivating. I was completely captivated then, and even after years, with only two albums and one solo album by eAeon, I still remain captivated by their sound.

Mot (못) (meaning ‘pond’ in Korean) is a duo consisting of eAeon and Z.EE. eAeon originally started out as an one-man band in the late 90’s. Later on, Z.EE found him through an online advertisement and in 2001, Mot was reborn as a duo, with eAeon mainly on the vocals and Z.EE on the guitar. They released their first album, Non-Linear in 2004, then their second album, Strange Season in 2007.

In between the first and the second album, they worked on movie soundtracks and collaborations. Like their name suggests, they make music that are like water in a ‘pond’. At a look it may appear lucid, but there is depth to it, and a sense of unknown. After the second album they halted activities, while eAeon pursued further studies and his solo projects. And in early 2012, eAeon released his first solo album, Guilt-Free.

Their first album, Non-Linear, is still hailed as a masterpiece and even holds its own place on the 100 Best Contemporary Korean Albums list, and got them a Best New Artist award at the Korean Music Awards. It is also my favourite album by them. Their sophomore album, Strange Season, is also fantastic and a great follow-up to its predecessor. (It also won them an award, in the form of a Best Modern Rock award at the Korean Music Awards.)

On these albums they have masterfully fused different music genres – electronica, pop, rock, jazz – into a sound that is completely dazzling. And as the first album title suggests, their sound that they display through their albums is ‘non-linear’. There’s definitely something off-balance, something bent, something strange about their sound and the mood that they inspire through their lyrics. These are no ordinary albums; they successfully amalgamate different soundscapes into one, building an architecturally impressive sound in each of their songs.

However, sort of like the Leaning Tower of Pisa, Mot’s music doesn’t stand straight, and defy the norms of modern rock music. It’s crooked, it’s non-linear, with its odd time signatures (as can be heard in Love Song) and destructive lyrics (“I am your broken mirror / your magnificent fall”, I Am).

But its roots are deep and it is perfectly comfortable with its non-linearity, and as you listen to their album, you also take comfort in the songs as well. That’s what really draws me to Mot’s music. The duo really pushes the limits to sound to the point where it comes off as strange and foreign but it still manages to resonate with us.

After the second album Strange Season, Mot went on a hiatus as eAeon had to recover from vocal chord damage and pursued further studies in music. He still from time to time showed us a glimpse of their enchanting sound, through collaborations with artists like Han Heejung and occasionally releasing cover songs. And in February of 2012, he released his longly-awaited solo album, Guilt-Free. He spent 4 years on perfecting this album, and it definitely shows through each meticulously crafted song on the album. 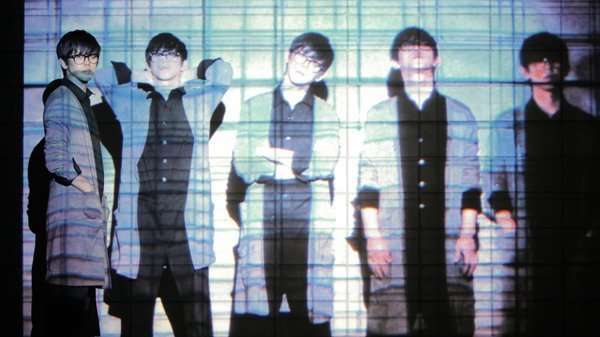 Different from Mot’s albums, Guilt-Free could be considered a purely “electronic” album. All the sounds on this album are either manipulated or entirely created by eAeon using his custom computer programs. He has said in an interview that he did not use any analog synthesizers in creating the strange electronic sounds in this album.

The second disc from the album are all instrumental tracks which could help the listeners focus on the artificial sound that he has created. And fitting to this experimental album, the music video for the title track “Bulletproof” is also created by eAeon, who spent a year and a half making the video.

eAeon has dabbled in media art in recent times and the music video is a piece of art on its own, as it shows his talent in not only music but in other art forms as well.

Mot, and eAeon, hold a special place in my heart because they’re some of the few artists that really touched me on a deeper level. Their music is remote and strange, and at times it is destructive and has a sense of decadence. But their sound is also oddly comforting, and I always find myself seeking it out on those kind of nights, when you are by yourself and need someone – or something – to comfort you. .

eAeon is still active at the moment (and very active on twitter), with a solo concert planned for October. Although when we will get to see the third album from Mot is unclear, eAeon has promised that it will come eventually.

*all the translated lyrics are from the booklet for Non-Linear.

(side note: Anna has done a fantastic write-up on the band as well, which has helped me a lot writing this post. You can read it here.)