I said in my review of Square the Circle, that I found about the band when they retweeted the review link for Soul Park. From there I found the band’s single Slow Starter and give it a listen. For a young band, the single has a lot of energy and was a lot of fun to listen to.

I asked Square the Circle if they would answer some questions and they were kind enough to agree. 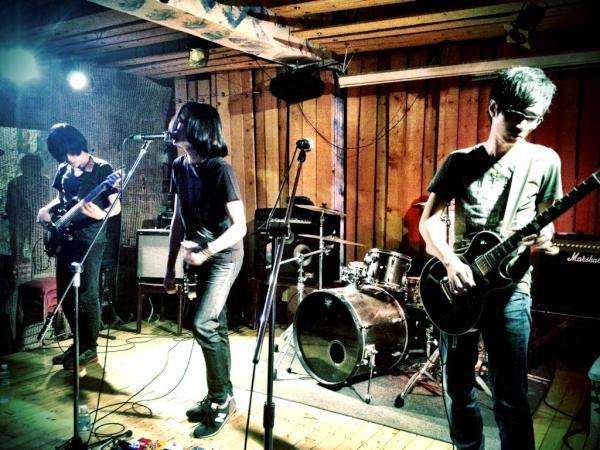 Can you introduce Square the Circle?

We first started the band named “파크롤댄스 (Fire Cracker Rolling Dance Special)” in 2007, which sounded more like heavy metal and released an EP Preseason Out in 2009. Then we were in the army for two years, and we started Square the Circle because we wanted to create brand new music with a brand new band name. We released an EP Slow Starter in April, and are having gigs at the live clubs around Hongdae.

Can you describe your music?

We usually play straight rock music while trying to sound more colorful and not just simple. We don’t define a genre for our music, but we may sound like post-grunge or garage rock or something. Some tracks are quite aggresive, but we don’t want to be ‘dark’. We love to play up-tempo rock songs.

We write and arrange music all together. It takes so much time, but we can make our own sound by combining our four individualities in that way.

Who are your influences in your music?

As a matter of course, a great many musicians from various genres influenced our music. We all have slightly different tastes in music. But we’re all influenced by great rock bands like Foo Fighters, Red Hot Chili Peppers. We want to follow their energies and chemistry and make great music that moves people.

What do you think of people outside of South Korea becoming interested in indie music?

Amazing! We never thought there would be fans outside of Korea before we realize that there are some via SNS. Though hard to believe, it’s so exciting. It would be great if they had continued interest. We want to communicate with them via SNS and hope they come to see live gigs when they visit Korea.

Any plans for a full-length?

Now we are writing songs for a new EP to be released later this year. A full-length could be out next spring or summer. We don’t need to hurry because quality matters more than quickness. (You know, we are the slow-starters.) We are trying to improve ourselves, so please look forward to it.

How did you come up with the name Square the Circle?

We couldn’t decide a name for quite a while, and happened upon a word ‘square the circle’ in the dictionary. We want to challenge ourselves to be one of the greatest bands in the future as the band name means “trying to do the impossible”. By the way, there is another “Square the Circle” in iTunes. That’s a problem!

First of all, we appreciate the opportunity for an interview. We wish many more people could listen to our music, and will always try hard to make good music. Hope to see you on the road!

A big thanks for Square the Circle taking time to answer the questions. I can’t wait until they release new music.