Interview with From The Airport

At least once a month, I’ll scour through bandcamp searching through the two tags for Korean artists for new music. It does take a long time to work through tagged artists because some of them have little to do with Korean indie music other than a location tag.

From the Airport‘s video for “Colors” was instantly addictive with an electro-indie-rock mixture of music. I really enjoyed the single and asked the duo for an interview. 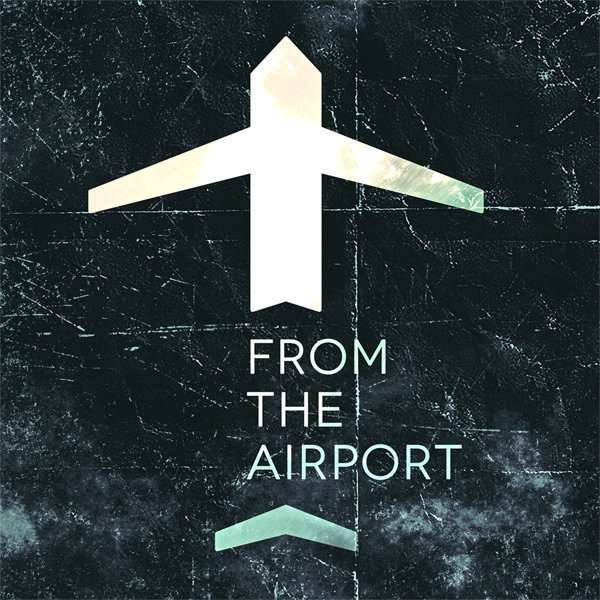 Can you introduce From the Airport?

We’re the Korean new electro rock band From The Airport. Nice to meet you!

Milo (singer, bassist, keyboardist, guitarist, producer) was in the music scene since he was a teenager, being in numerous rock bands ranging from progressive metal to pop rock (The Smile, Raspberry Field, etc.). He’s also participated in many Korean film soundtracks, most notably Korea, Tower, Cyrano Agency, etc.

Zee (singer, DJ, keyboardist, drummer, producer) had been a DJ/producer by the name of Banana Dynamite in Canada from 06’ to 09’. He came back to Korea to serve his army duties at the army brass band. Since his discharge, he’s been in the Kpop scene, working with pop acts like MC Sniper.

The two of us met early 2012, almost by accident, and immediately realized our musical visions were similar. And here we are.

We’re not a hundred percent sure ourselves, but we would like to call our music ‘new electro rock.’ ‘New’ because we value fresh sounds and compositions, and ‘electro rock’ because… we’re electro rock.

We’re always trying to evolve musically, so even we’re not sure exactly where we’re headed. But we’re constantly putting effort to put strong messages in our sounds and lyrics.

Where do you get influences from?

Pretty much everything in music in life!

How do you create your music?

We usually come up with a melody or a riff and jam with it for hours trying to form it into a proper arrangement. Then we tire our Mac out, adding the beat and synths and all the other stuff, trying to jell our DJ mind and our rock mind. Since we’re both producers we each put the equal amount of effort in composing a song.

We’ve been producing, recording, and mixing our tracks all by ourselves, leaving just the mastering session to other ears. This process is definitely long and tiresome, but we like the extra control we have over our sounds!

What do you think of the Korean indie scene in S. Korea?

Because the Korean indie scene isn’t yet widely known outside of Hongdae and the country and the action area is still a bit limited, we think there are still lots of areas to improve to match the worldwide indie standards. But that also means the possibility of growth is endless, and considering the huge potential of the Korean musicians we think the future is bright!

What do you think of international readers becoming interested in Korean indie music?

Definitely great! Korean music has a lot to offer, and we love our listeners no matter where they are located. We also believe it helps Korean indie music to diversify itself, maybe more experimentally, as a wider, more diversified audience comes into play.

Beyond the second single, what are your plans for new music?

We’re continuously composing new tracks, so hopefully we’ll be able to select the best ones and release them not too far in the future. Oh, and we’ve been focusing on production, but we’ll go live pretty soon as well.

Many bands are using synth in their music and some musicians are playing electro-pop rock. How is From the Airport different from other bands?

We try to incorporate the goods from various genres (a bit of straight up electro, a bit of hard rock, a bit of pop, a bit of ambience, even bits of dub, etc.) to concoct a sound of our own, so it depends on the listener – so we may sound different or similar depending on what the listener thinks.

But we do feel it is important to establish a distinct FTA sound, and therefore we try to avoid referencing to other tracks in the composition process. And our member structure itself, we believe is quite unique, with just the two of us, a DJ and a guitarist, doing everything in the composition.

Considering your backgrounds in film and art, is From the Airport more than a band, but also a visual project?

Sort of! We’ve been making our own music videos for now, but we’re sure there are video professionals out there who would enjoy visualizing our music. If an opportunity to work with a visual talent were to come up, we would definitely jump on the ride.

Everything related to art is fun, but our favorite by far is definitely music!

First and foremost, we wish all of you a fantastic year in your lives. We’ll continue to strive for good music and messages, hope you enjoy our music.

God bless you, and connect with us!

I’ve become a big fan of From the Airport and really enjoy listening to the music they’ve released so far.

From the Airpost announced the release of their second single “Everyone’s All Right” and gave koreanindie.com an early listen. It’s a bit different from “Colors,” but contains the same addictive elements. I think anyone who liked Colors is going to enjoy the new music.

Definitely support the duo, they have tons of talent and a huge potential to make their name known.