It’s a day short of a week since Culture Collide San Francisco started. The first Culture Collide in San Francisco happened over two days in the city’s Mission District. There a lot of positives and a couple of negatives, but overall I think that the festival served its purpose really well. 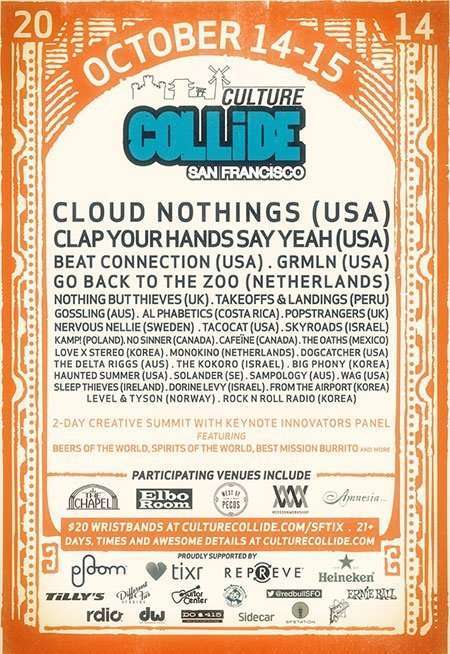 Bands got to introduce themselves to new audiences and a lot of international bands were able to play in front of audiences that didn’t know who they were. Seoulsonic returned with a slightly altered lineup from the Spring with Love X Stereo and Rock’N’Roll Radio returning for the full mini-tour and Big Phony taking care of the West Coast while Glen Check are representing in New York. An addition for the Fall was From The Airport whose music I’m familiar with and was finally able to meet in person.

I’ll add that DFSB Kollective gives me a lot of access to the Korean bands. I’m friends with some of them and many of them know about Korean Indie. I spent the days before Culture Collide hanging out and talking as I like to find out any updates for new music or what’s generally going on with them.

Culture Collide was another chance to see Korean bands show off their varied styles of music. And unlike the Spring 2014 show, which had all the bands play in one venue (which works and doesn’t work for getting an audience), the bands were split up. 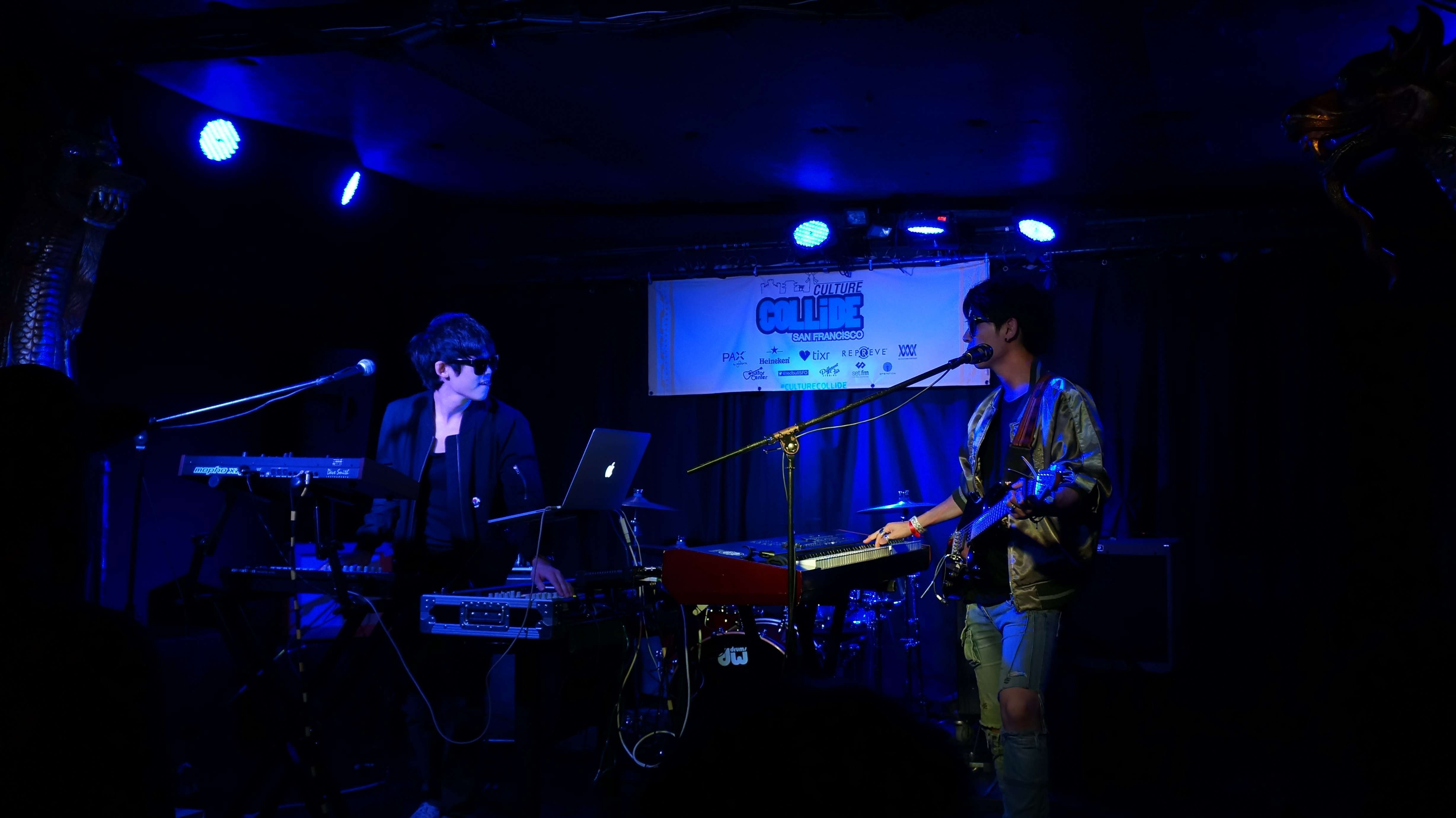 From The Airport played at The Elbo Room on the second floor. The stage was a little small, but had enough room for Milo and Zee. Unfortunately they weren’t able to add their visuals to the stage, but the duo were able to immediately capture the audience. They were the first band to play at Culture Collide and a lot of people came into the club at the start.

I’ve heard their recorded music, but From The Airport have an entirely different energy when playing on stage. Their setup is perfectly spaced and each member was able to get attention from the crowd. A lot of songs from their upcoming full length were debuted for the first time and I think that From The Airport captured some new fans at the show.

The style of music they play is perfect for San Francisco and the United States in general. It’s upbeat, electronic pop, and can easily get a crowd dancing given they play at the right time. 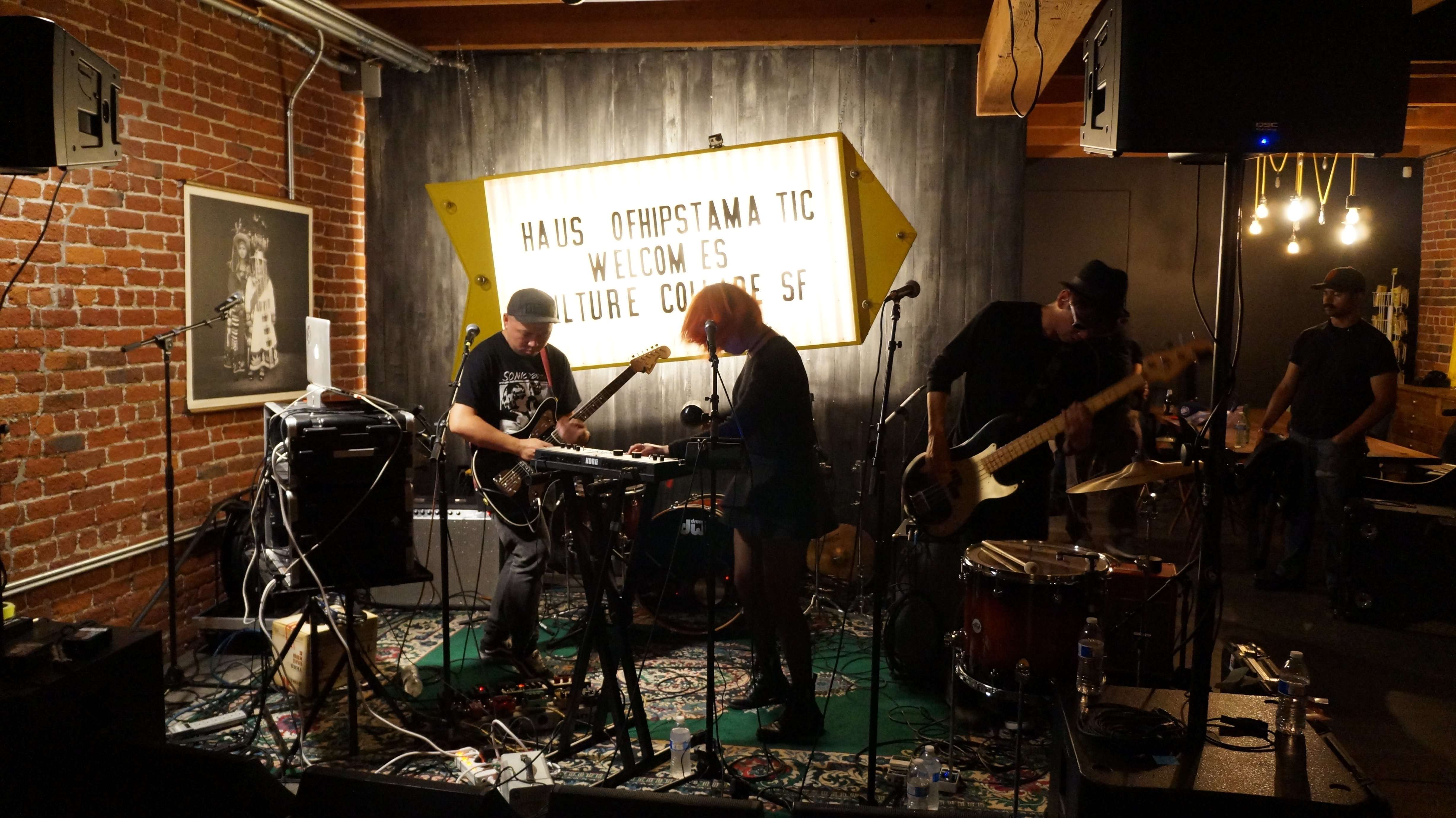 Love X Stereo started half an hour later at Haus of Hipstamatic. This was the folly of the festival. The venue was over a mile away from the other venues which were all on the same block. Essentially it was impossible to get from the Mission District venues over to Haus of Hipstamatic in time to see a show. I was able to see the latter part of the band’s show and they still were able to perform with the same energy I’ve seen them play in the US and Seoul.

The trio play their songs in a tightly arranged set and there’s no wasted time. They played songs from their past releases and while the crowd was small, they were able to capture the attention of everyone there. It’s disappointing they couldn’t have played in the Mission District because they would have gotten a much better response. 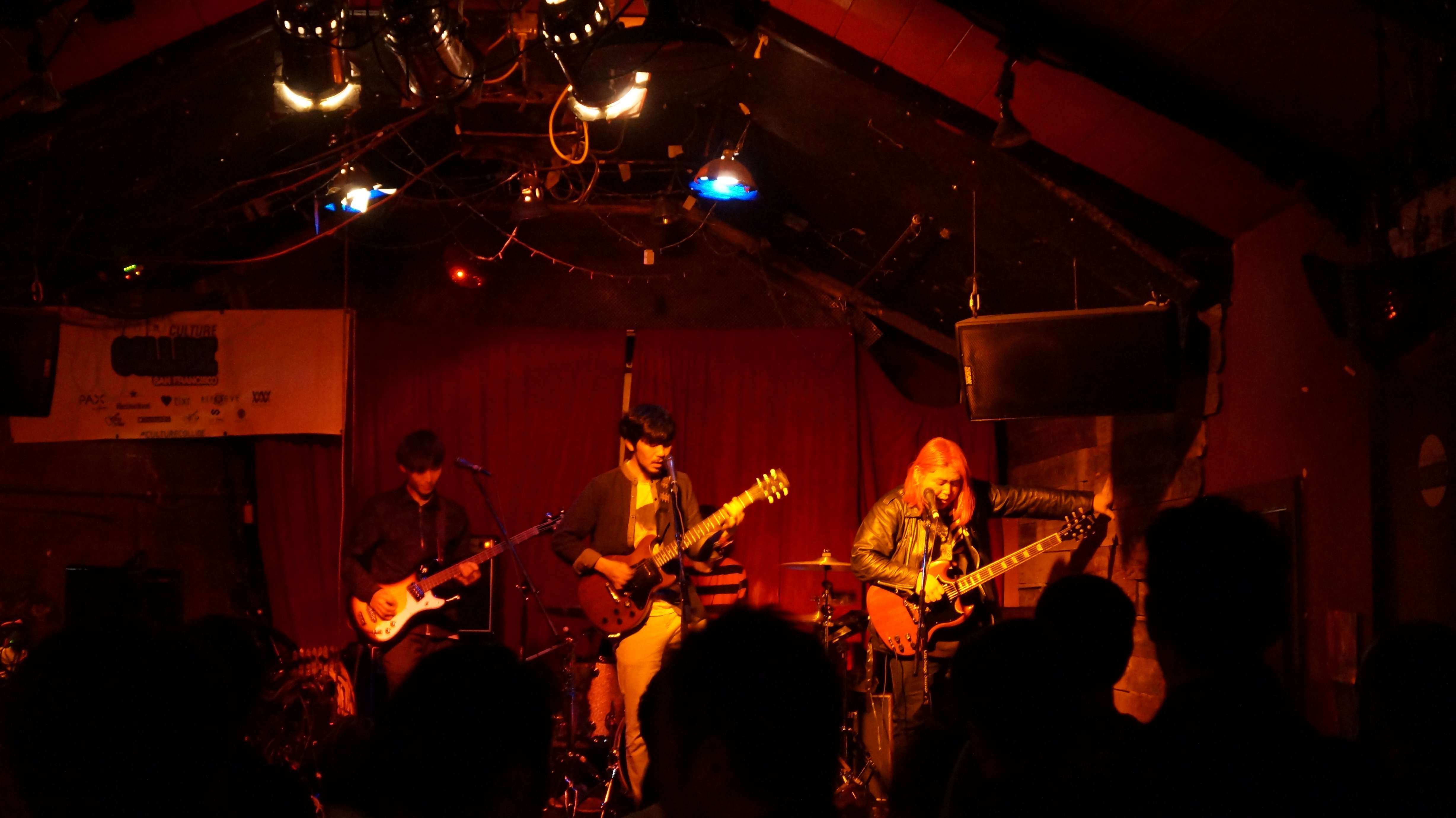 Rock’N’Roll Radio started the night at Amnesia by putting on an excellent, jet lagged show. Only arriving hours before, the band looked tired and on some songs it was easy to tell, but the quartet pulled it together and completed a set and got a lot of fans at the same time. The songs off Shut Up and Dance are international. They can speak to any audience and that was the case in San Francisco. The crowd got into the music and the bar was packed.

The stage Rock’N’Roll was playing on was tiny, but the band made it work while getting people to start dancing in front of the stage. Even though the show was good, when the band is in their prime for a show, it’s even better. 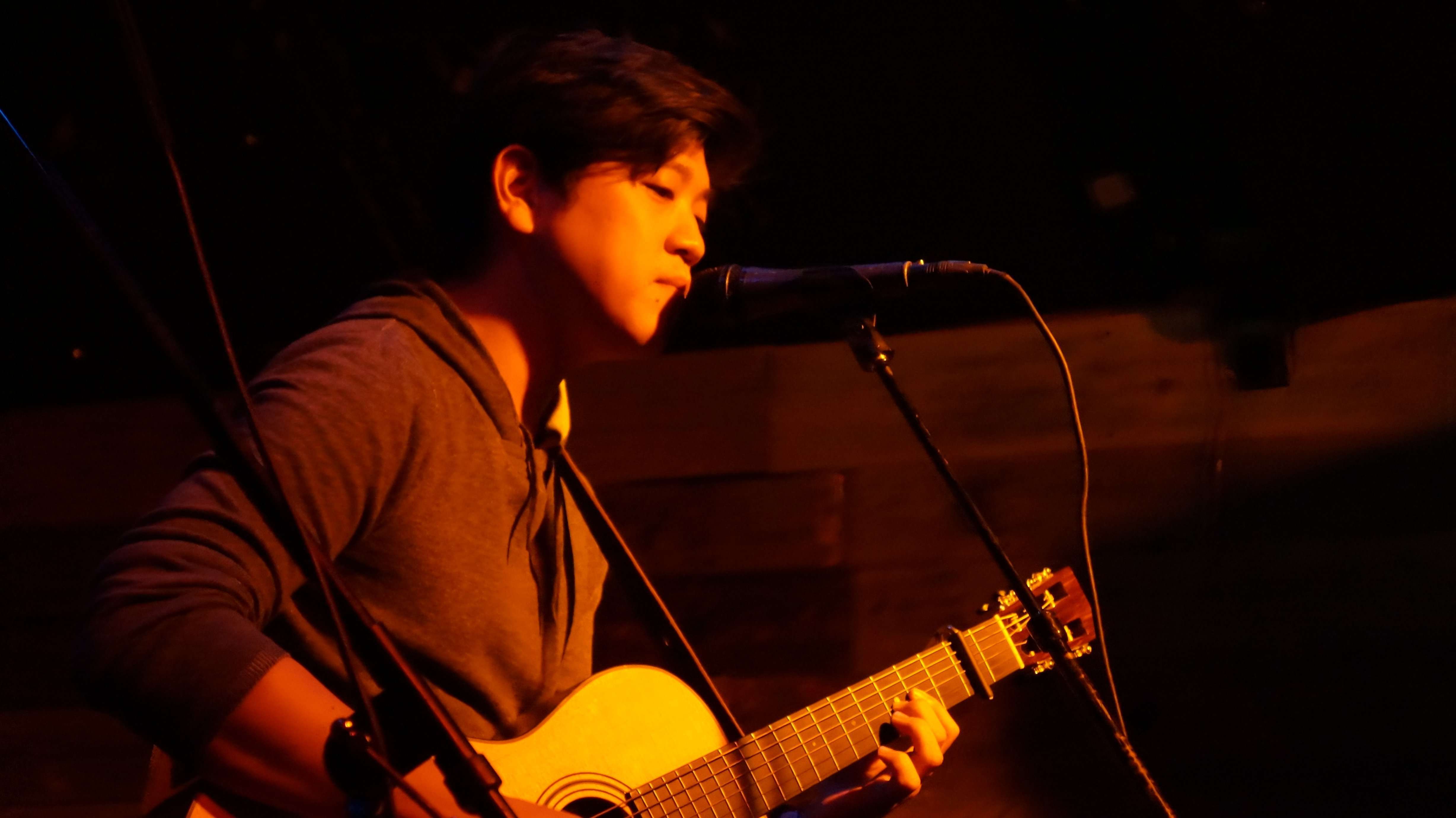 Big Phony was next at Amnesia. I’ve met Big Phony a couple of times in Seoul and was able to see a short set in the Spring, but I was able to see him perform in front of a crowd that really didn’t know who he was. He has a great stage presence making excellent transitions between songs by talking to the audience. But it’s Big Phony’s voice. It comes across filled with many emotions. It’s difficult to mark each one every moment in his songs, but you get drawn in listening to him.

Even when he messed up a chord, he quickly brushed it off and got back into the song. The crowd at Amnesia might have dismissed him at first, considering he looked a bit out of place, but by the end they were captured and taken for a ride by his performance. 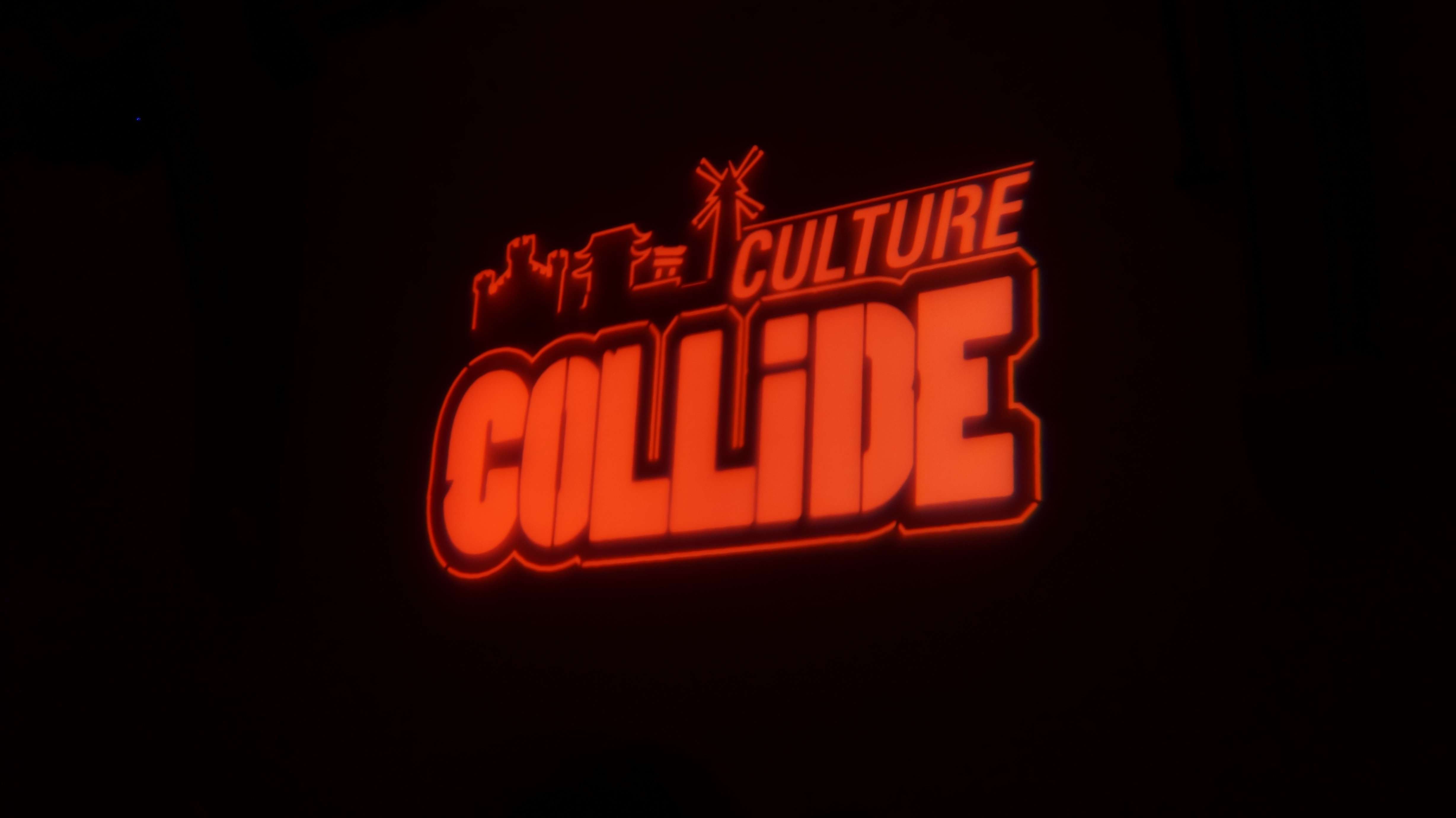 The mixture of bands for San Francisco was perfect. There are common musical threads that join each band together, but it’s also an excellent sampler of different music in South Korea. As Seoulsonic continues to come to the United States and bringing different sets of bands, people are becoming more curious. This set of bands was perfect and while Love X Stereo was stuck in the outskirts, every band came and played their best.

Culture Collide is a perfect festival for Korean bands. Mixing them among other acts gives bands a bigger chance to showcase themselves to audiences who have no idea who they are and from the response this year, there’s tons of potential for other acts.