I got a chance to watch Epik High at SXSW at the holy-shit-it’s-packed K-Pop Night Out. Now the group has announced that it will have an actual North American tour hitting a bunch of key cities in the United States and, currently, two Canada stops in Vancouver and Toronto.

Epik High’s return with Shoebox was a great re-introduction after Tablo‘s 열꽃, Part 1 and Part 2 and 99. It doesn’t even matter that Epik High are part of YG Entertainment because they’ve been able to create and record the music that they wanted regardless of their label.

Ticket info can be found here. 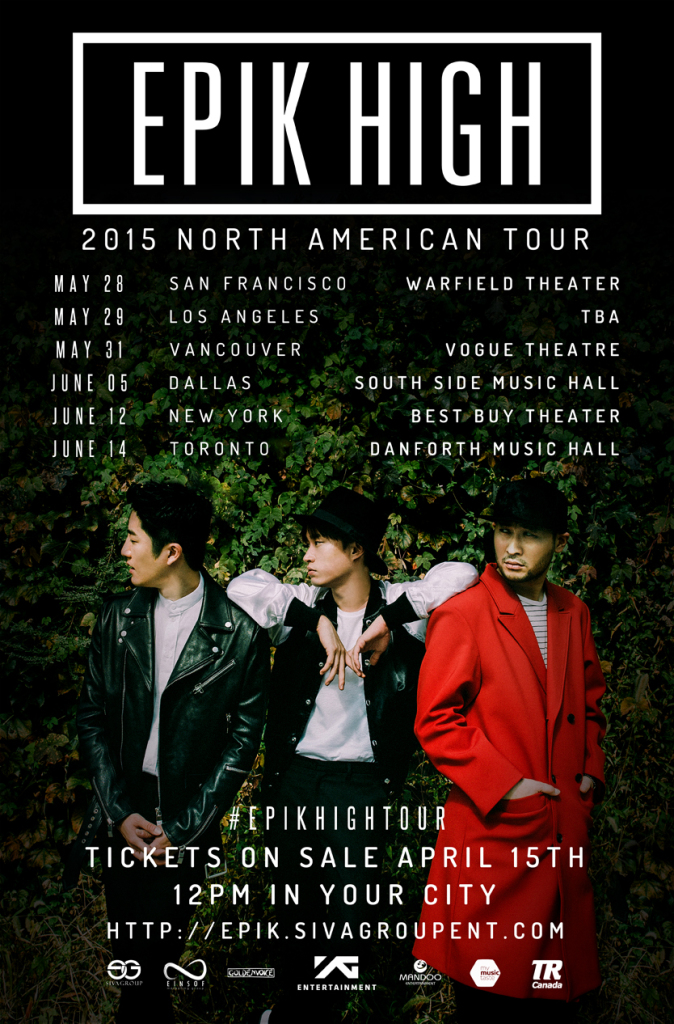 Here are the current announced dates for the tour that will start in San Francisco on May 28.