MFBTY is a junction between three of the most powerful forces in Korean hip-hop. Each of the members individually – Tiger JK, Yoon Mi Rae, and Bizzy – are huge musical innovators, so it’s natural that their collaboration group serves up inventive and genre-bending music. Their recent album, Wondaland, does just this; it’s an exciting melting pot of hip-hop, pop, funk, R&B, and more. Just like their music, the members of MFBTY have a diverse range of ideas, styles, and personality traits. It was great to see these up close through interviewing them. 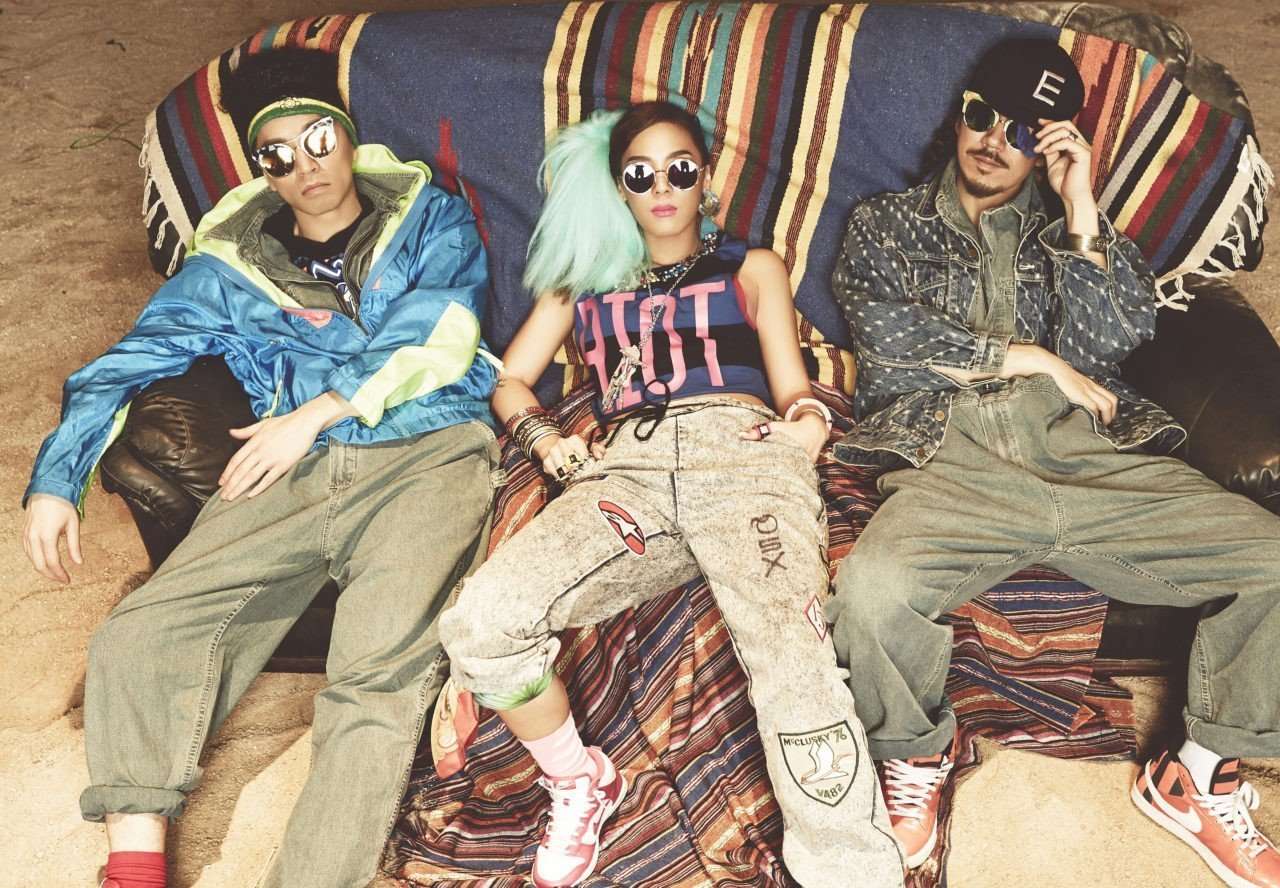 On The Cure, the three of you stuck to yourselves, giving the album a ‘special project’ feel. However,WondaLand features a number of artists. What was the process like to work with other artists as a group?

Yoon Mi Rae: Because our studio is so close to all of our homes we don’t get out much. So it was very exciting for all of us to have new faces in the studio! I almost hate to call it work because we had so much fun together. Seriously, everybody that came through the studio stayed and just vibed out with us. It was ghood times.

Bizzy: It was a really fun journey for us. And thanks to all the people who helped out in this WondaLand. You know who you are.

The record hits several different genres throughout its nearly hour-long runtime. What inspired you to explore different territory for WondaLand, and what was the process like in bringing different musical worlds together?

Yoon Mi Rae: We just went wherever the music took us. We didn’t stay away from particular sounds or chords in fear of sounding like this or that. Whatever felt good we ran with.

Tiger JK: Being introduced to new languages, artists, and stories from all over the world. This all came from dreams we had.

The song “Rebel Music” stands out because of its social consciousness message. What made you include this song on an album that is not particularly political?

Tiger JK: We felt it was something we had to address. We made this track during the Trayvon Martin tragedy.

WondaLand is self-referential at times (“Hello Happy” and “Hollywho”). Is there a reason why the three of you reached into your own past for material?

Tiger JK: Because the past is now and now is the future.

You guys come from a background of underground hip-hop, which tends to have a rawer sound and deals with more serious subject matter. MFBTY’s music contrasts with this; it’s pop-influenced and, in WondaLand’s case, is geared towards having fun. What caused you to make this switch?

Tiger JK: I was too sad to go on with my life. I wanted to quit, and I’m still going through this, but then the good people from WondaLand pulled me out of the funk I was in. I really wanted to hurt my old label for what they did to us. If it wasn’t for WondaLand I would probably be locked up.

Bizzy: We went through some hard times and music was our only way out. We all deserve to be happy. We got some raw shit coming up, though.

Yoon Mi Rae: As Bizzy stated we were all going through a pretty rough time and it was beginning to affect our music. Not that that’s necessarily a bad thing because I tend to write better when I’m going through something. However, I think we were on some “if you build it they will come” trip and instead of focusing on all the bad that was happening, we thought let’s make some feel good music and lift our spirits in the process and hopefully do the same for others.

I can imagine that your group dynamic is quite comfortable as a result of having known each other for so long. How does this influence your music making and performing?

Bizzy: We’ve known each other for decades and we all live in the same hood. We are all family under Feel Ghood Music too. Everything is so natural for us.

Yoon Mi Rae: At this point in our relationship we can just shoot each other a look and know exactly what the other is thinking. We finish each other’s thoughts and cover each other’s mistakes. And far as friendships go, the same is true – we really have become each other’s family.

Tiger JK: We love each other. And we are alive to tell each other the truth whether it’s good or bad. The last remaining trustworthy people, Feel Ghood Music.

What is your creative process when beginning a new album?

Yoon Mi Rae: Our process is that we have no process. Sometimes I’ll wake up early and hear something and go to studio and record it then go home only to show up later that night to hear JK and Bizzy complete it. Sometimes it’s the other way around and sometimes it’ll be all three of us together and we’ll just decide to record.

Each of you has different backgrounds in musical styles. How do these varying musical interests and abilities influence your music making process?

Yoon Mi Rae: I don’t know. I just go with whatever sounds and feels good to me.

The members of MFBTY are representative of various races and cultures, with Yoon Mi Rae being biracial, Tiger JK having grown up in the culturally diverse LA, and Bizzy having lived in New Zealand. Is racial and cultural identity a topic of consideration when crafting your music and image for a worldwide audience?

Yoon Mi Rae: Again I just go with whatever feels good to me. At the end of the day, regardless of race, country, or language – good music is good music.

JK: Tasha has a huge family in DC. I think about what would make them move. I have been blessed to work with artists from Japan to the Philippines and LA to NYC. And Bizzy plays me music from his homies from New Zealand. And as far as making music, with people like Illmind, Rakaa, and Stylistik Jones, I have many teachers I look up to. I still talk to my father from heaven and he helps me. I talk to Tasha’s father a lot these days too. He drops ill science on me. All of them have knowledge and wisdom.

Can you describe what it is like to rap in Korean as opposed to English? What are some of the obstacles that come when trying to achieve a flow in the language?

Tiger JK: I don’t speak either language fluently. So it’s easy for me to flow since no one seems to understand what I’m saying! I’m what they called “confused.” So I mastered the art of abstract. Big up to Q-Tip! Although there’s the concept of rhyming in the Korean Language, it is very difficult to tell a story while you’re rhyming in Korean. When you find the way to do this and make sense while the story moves forward naturally, you feel like a million bucks. Try to listen to the flow and patterns when you listen to our rap. It’s going to be mad fun. And you’re going to start catching some kids that don’t. That’s how you can tell if these young artists are serious about their craft or not. They will get better as they grow.

Yoon Mi Rae: Well English is my first language so it’s definitely easier for me to flow in English than Korean. I stress when I rhyme in Korean because I’m always worried that I’m not saying something right. But once I get it or once I step back and take a breath or two, there’s just something about rhyming in Korean that sounds so dope to me. I have a lot of fun with it.

All of you have lived outside of Korea at some point in your lives, and have thus been immersed in various hip-hop scenes. What are some of the differences or unique strengths in Korean hip-hop compared to other hip-hop scenes around the world?

Tiger JK: Hip-hop is universal, but I don’t know if I’m relevant enough anymore to answer this question

Do you have any general advice for those who are interested in pursuing music?

Tiger JK: You have to love it, respect it, and dig deep and find your voice – your voice, not theirs. If you want to do it professionally and make a living off of it, study contracts.

Yoon Mi Rae: Never forget your reasons for loving and wanting to do music.

Bizzy: Music will never let you down, so have fun with it. Don’t you ever, ever stop the music.

A composer of music myself who has been inspired by Korean indie music for many years, specifically rock, electronic, and experimental music.