I’ve never been able to see Wasted Johnny’s live yet, but I do enjoy listening to their blues rock style. It’s been a while since their Get Wasted! single and the trio released their first full length Cross Road. Just by the title, it already encompasses the tone and feel of the band with their single “Crossroad Meet the Devil.” 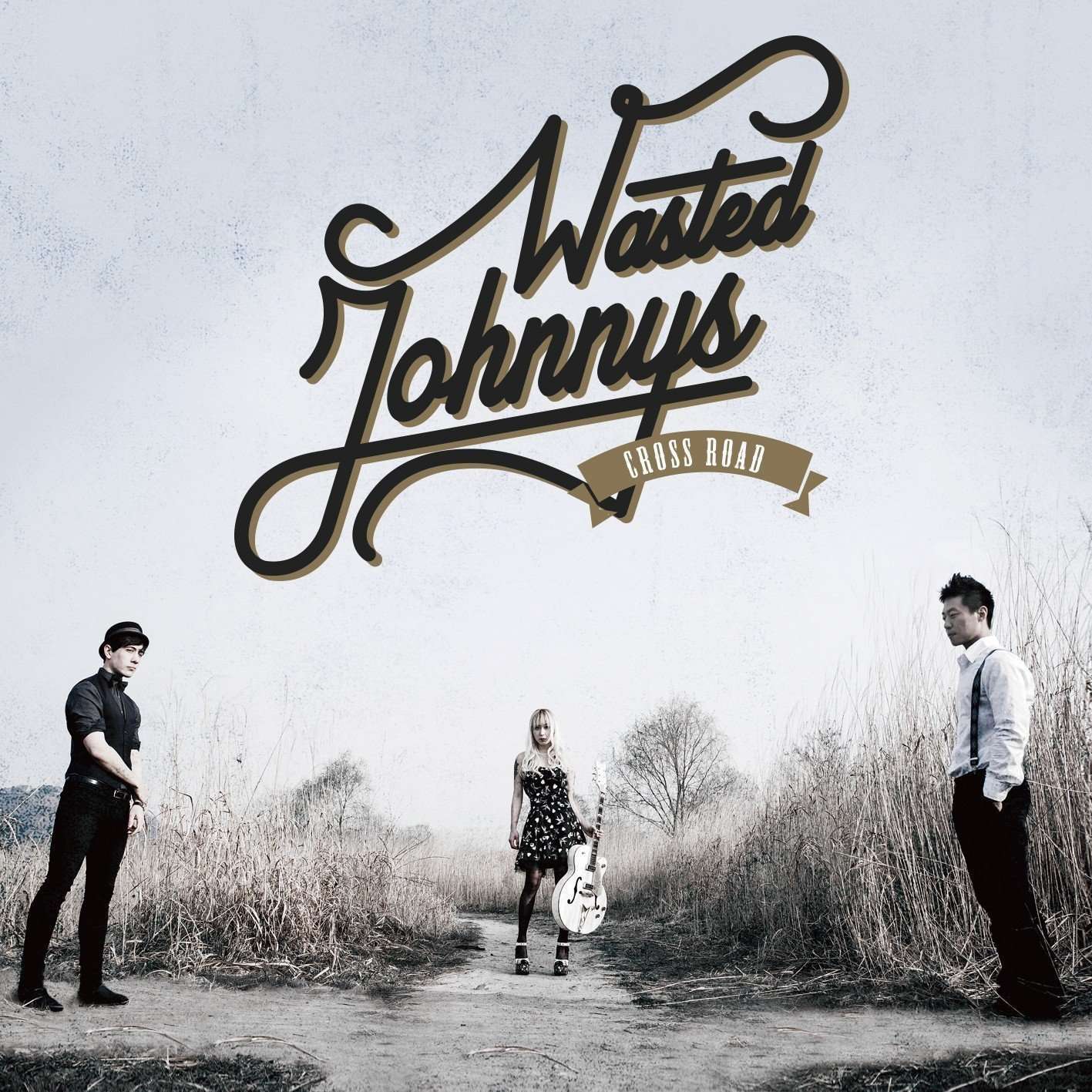 Led with vocals from guitarist Angie, the attitude that comes across the songs is apparent. “Crossroad Meet The Devil” is one of their older songs and this remake version is essentially the same, but with a better production in the mixing and mastering. It’s the newer songs that really expand the band’s appeal. “Dirty Woman” is a perfect combination of blues and grunge rock. The drum’s apply a pounding rhythm that the band follows and the vocals guide the whole song forward.

Cross Road is a long album with 13 songs. There are a couple of remakes from their single and a English version of “Witch,” but overall you get an excellent set of songs. It’s obvious that the trio has honed their sound and performance over many live shows. The album does start a little slow at the beginning, but after “We Are More Than Just Lovers” Cross Road is more energetic. Songs in the latter part of the album like “Sign” are the signs of progression and “Run Away” is an example of Wasted Johnny’s being confident in using different tempos.

There are a number of blues rock bands in South Korea playing different variations. Wasted Johnny’s take blues as an influence, but they’re able to add other styles in their music and make something that sounds familiar, but has a distinct sound that you won’t confuse with other bands.