Crossover is not a new genre in the Korean indie scene. The Barbarettes are doing superb stuff with girl group music, Vivis is bringing back late 90s/early aughts electronica, and Danpyunsun and the Sailors and Jambinai are great examples of traditional Korean folk with rock elements thrown in. Even blues isn’t new, with Ynot? and Lowdown 30 taking up the charge.

To this field, enter iamnot, a three-piece blues band that’s been doing the rounds since 2010. Performing blues covers of songs, notably in EBS Space program (check out their cover of John Mayer’s “Gravity”), the time spent worked in iamnot’s favor, because their debut release, Whoami, is a fantastic first step for the project band. 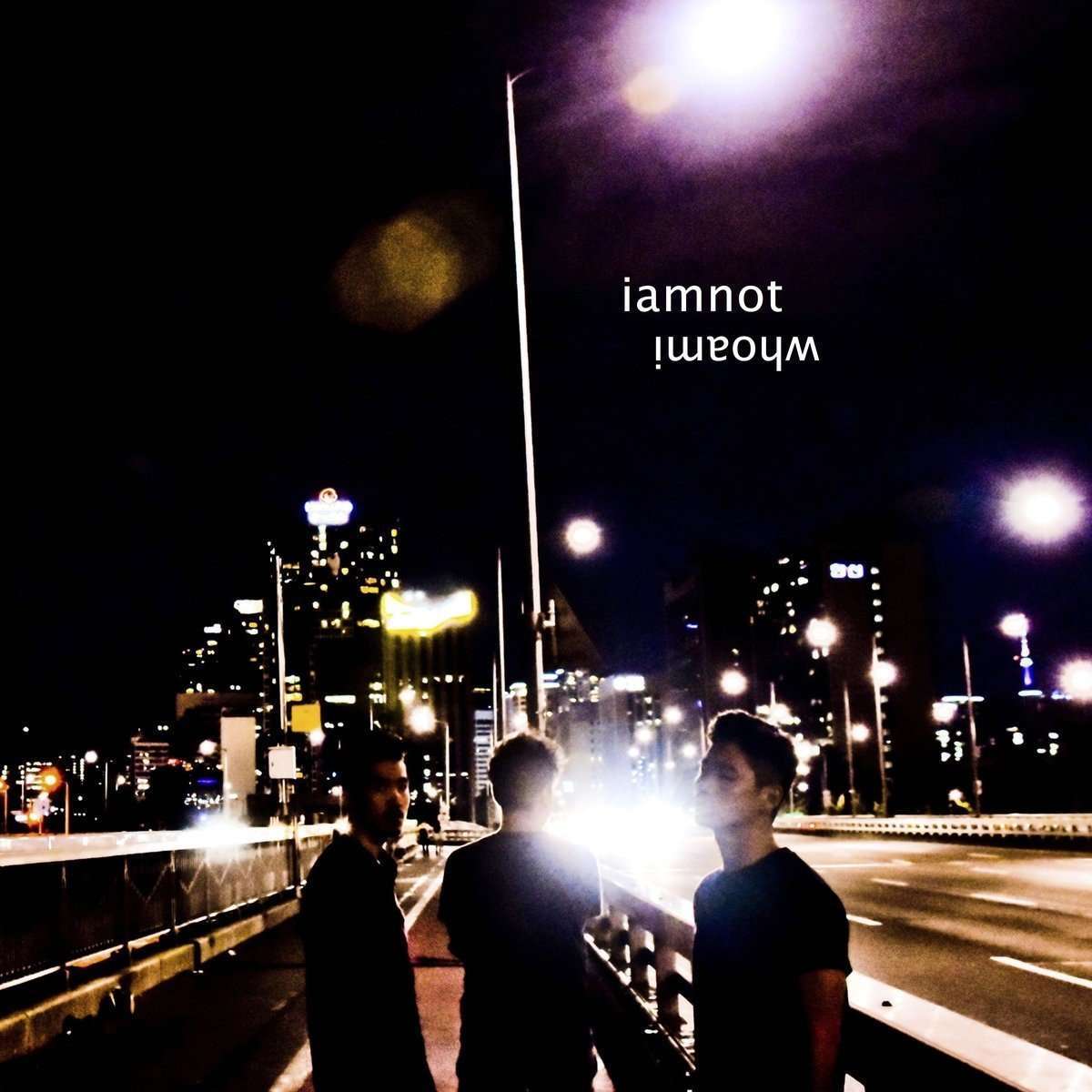 Composed of Lim Heon Il on guitaer, Yang Si On on bass guitar and Kim Junho on drums, iamnot could easily have gone the traditional blues route, but with Yang Si On doing double duty on the synths, the group’s dynamic shifts to the modern. The lead single, “The Brand New Blues,” highlights that new perspective. With the breaks in between segments of chorus and verse, iamnot throws in reverb on the vocals and on the guitar, the latter which mimicks a synth during the solo. Songs like “Do It” and “Psycho” play up added elements, throwing in a violin, played so well by Kang Echae, as well as handclaps in the former and a big anthemic sound in the latter. The structure of the songs are blues through and through, but the added elements bring an edge that’s fresh and exciting to a genre that can drown into bleak territory.

I have to dedicate a word or twenty to Lim Heon Il’s voice. With a natural rasp, his performance throughout “Whoami” is more than fitting. On “Psycho,” the way Heon Il pulls his voice makes the song about a man mad with passion, not a guy lost in love. The latter appears in earnest on the heartbreak ballad, “Cut.” With a spare and slow intro, Heon Il’s vocals pull you in to his pain, like running your fingers over sandpaper. That interplay from low and quite to loud and clear plays well to the lyrics, amplifying the emotion. I’m not one to care one way or another about electronic intereference, but on “Cut,” everything goes so well and smoothly that the result is one hell of a blues ballad only iamnot could’ve made.

The five year lead-in was worth it, for iamnot know what they’re doing. On their first release, iamnot effortlessly blend modern pop troupes with blues music, without it feeling like a gimmick. The noise of “The Brand New Blues,” the largeness of “Psycho,” and the EDM drone of “Cut” are logical conclusions of where blues would be in this computer-heavy age in music. iamnot are students of the blues, and Whoami is the result of that, of what blues is and where it can go.

Contributed to McRoth’s Residence with a focus on Korean indie and hip-hop music.