Gus Benevolent has two releases this year. The first, A Thing Called Tomorrow, was a lighter, band-style EP. His latest, Alexandria, removes the backing instrumentals and focuses on his voice and guitar. With the release of his full length, it was time to know more about Gus Benevolent. Some may know him from his previous band and the transition hasn’t dulled his ability at all. 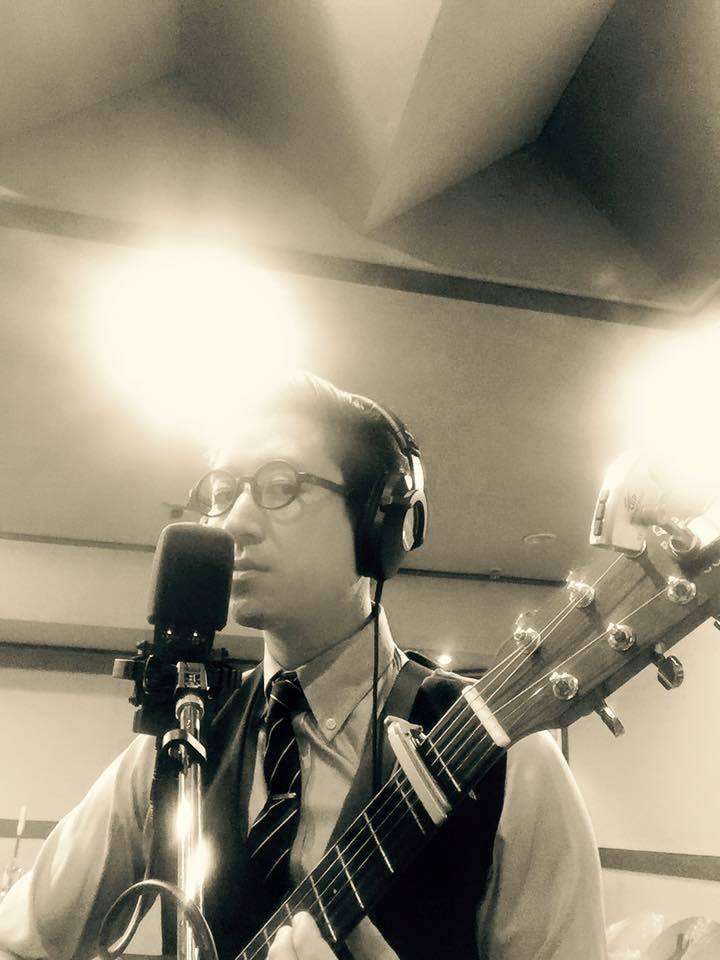 Can you introduce Gus Benevolent?

Hello, I’m Gus Benevolent. I used to be in a band called 99ANGER. After the break-up, I started a solo project under the name Hyun Lee Yang. As Hyun Lee Yang, I released the debut single in 2014. I changed it to Gus Benevolent and released first ep this may and just released my first full-length called “Alexandria.”

How did you decide on that name?

Please type “현” with your keyboard in English.

I was an angry person. (you know what I’m talking about, if you were a 99ANGER fan) That’s why I named my band 99ANGER. I did it for 15 years. I’m changed now and I don’t want to live my life as an angry person. So I wanted to name my solo project differently. My name ‘Hyun’ also means “benevolent.”

Many people may know you from 99Anger, how did you decide to start performing under a different style?

After the breakup, I spent so much time on playing the classical guitar and music which I had passion for a long time. I was kind of sick of playing loud music at that moment, so I listened to a lot of simple music. (only includes guitar and voice) Or maybe I was avoiding loud music because it makes me want to do it. Sounds weird I know. It wasn’t the music I got tired of. It was the scene, I guess) I was looking for something I can do alone.

I started playing with Garageband on iPad and I got to make drum lines, bass lines, and even the guitar lines. I released first ep like that. But the problem was I couldn’t do it live. I was into dj music also but dj music is dj music, real music should be ‘real’ music. So I deleted all the songs with all other instruments and enter the studio only with my own guitar and record them like I play on stage. No doublings, auto tunes, no effects just like the old days.

A Thing Called Tomorrow and Alexandria have a different sound. Did you decide to make Alexandria with a more simple style by only featuring vocals and guitar?

I wanted to make an album. Real albums. Like those albums in your cd collection. Like an album you waited for 2, 3 months to get it and you are so happy that day. You come home and put it in your cd player and listen to it all day long. Not a song, but an album.

You included 99ANGER songs on Alexandria, was there any reason?

I had never planned that before I went to Daegu. One of my old friends wanted to hear some 99ANGER. So, I tried to change them into acoustic style and it worked well. I liked it and people liked it. So why not?

You’ve been in the Korean music scene for a long time, how have you seen it change?

I can’t really say anything about the Korean music scene. I’ve never seen a scene like this before. It’s like a small town run by a big corporate where they put all different style of music and business together. All those good artists make people gather so the rent goes up. All the artists who cannot afford the rent leave the area and those money hungry corporate shits are coming in. Really frustrating. They don’t deserve good music. They don’t deserve a good culture.

Do you have any recommended Korean bands?

How do you compose songs? Were there a lot of demos for Alexandria that you plan on recording in the future?

Alexandria includes songs that I wrote about 8 years ago in Vancouver, and songs that I recently wrote. So that means I’ve been always writing songs whether I was in a band or not. There are so many ideas and songs in my iPad.

Like other songwriters, 1. Lyrics -> melodies 2. Melodies -> lyrics 3. At the same time. Yeah, 3s are the best moments. Everybody waits for that.

Was there a reason to release a new album in the same year as A Thing Called Tomorrow?

I didn’t have much plan on playing shows. So, I wanted to meet my fans through music. And I already had many songs even right after the first ep was released.

Is there any specific message you have in your music?

Pretty personal stuff with philosophy. Some positive thought and negative thoughts. Reality. My life and our lives. Love and hate. Trust. Inspiration.

Thanks for reading the interview with Korean Indie and thank you very much for your interest in Gus Benevolent. Please add me on facebook, twitter, Instagram, etc. Let’s be nice each other share feelings and emotions because life is already difficult for everybody, so we shouldn’t hurt each other.