I’ve been lucky enough to see Big Phony play live a few times, all of which have been in the United States. His stage presence is fun to watch as he interacts with the audience between each song. When he let me know that he was using Kickstarter to fund his next album, I was excited to hear that he was pursing a studio album. His previous lo-fi releases have all been great, but the idea of a studio album was enticing.

Talking back and forth with Bobby during the Kickstarter campaign, he recently reached his goal with the help of Daniel Dae Kim and will has more time to raise more funds for the album. 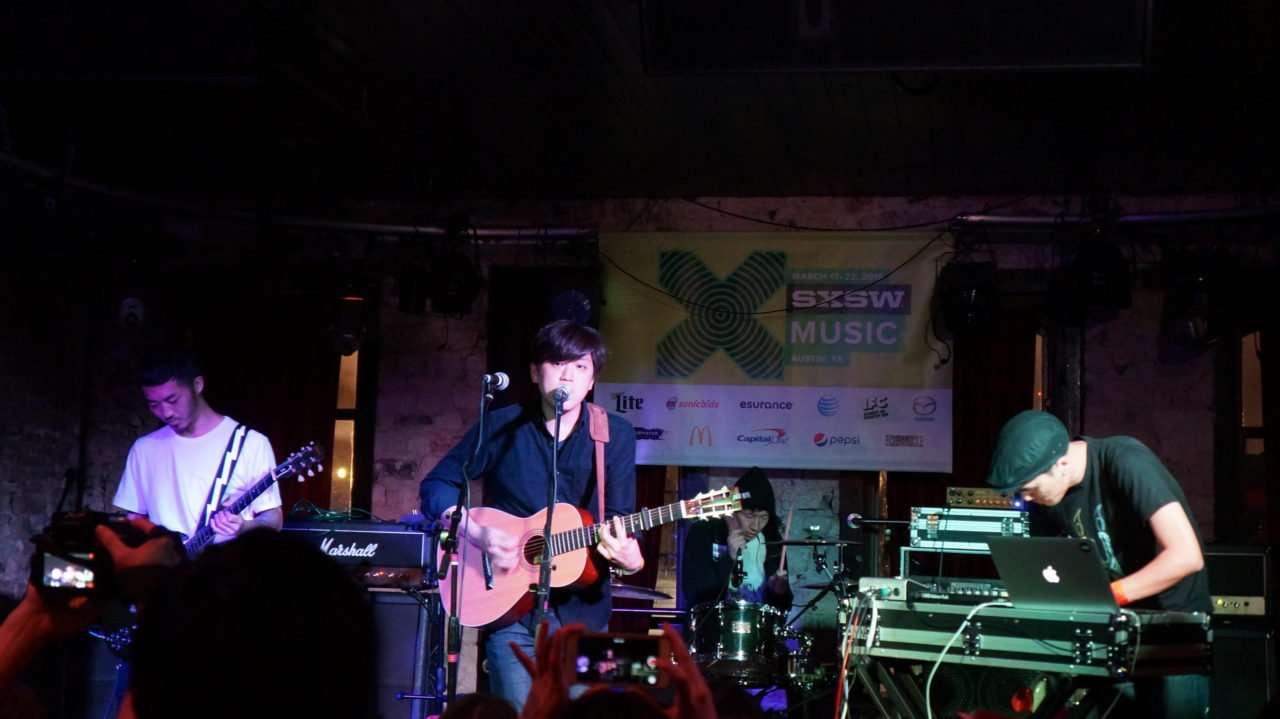 Can you introduce yourself? Where did the name Big Phony come from?

My name is Bobby Choy. I’m a singer-songwriter born & raised in New York City but I currently live in Seoul, South Korea.

Big Phony is a term I first heard from J.D. Salinger’s “Catcher in the Rye”. I chose to go by Big Phony at the time my first album came out in 2005 because I was afraid that people might not want to listen to my music had they found out I was Asian. It sounds silly but growing up I didn’t have any musical heroes that looked like me and I thought it would be hard for anyone to accept me.

I also made it a point then to never show my face on an album or poster. Looking back it was kind of an unfortunate decision, but today I feel a little more comfortable in my skin.

In one word “unpopular”. Haha. This question I get often and it’s never easy to answer. I guess it’s sort of indie singer-songwriter modernized folk? It’s not folk. My stories aren’t good enough to be. It’s the best I can do.

How did you get started with music?

I started playing the guitar because of sibling rivalry. My older brother Eddie got a guitar when I was in the 5th grade or so. The day he got it he told me if I ever touched it he would break my face in. Of course when he wasn’t around I’d practice hard enough to get better than him. My mom took notice one day and took the guitar from him and gave it to me.

I started writing songs to kill time really. I was left to live alone at 13 or 14 in Manhattan when I was accepted into LaGuardia, a performing arts high school. I was very much a loner then. My neighbors would knock on the walls if I played too loud. That’s probably why I have a weak voice. Can’t really belt a tune out for my life.

You’ve been recording and performing as Big Phony for a long time, how has your experience as a musician changed since living in the US and living in South Korea?

That’s actually a really tough question. Differences are subjective. I have a feeling I won’t really fully know unless I leave and look back on it. I’ve been here almost 5 years now. It was hard in the beginning and it’s still hard today.

Same as anywhere else I’m guessing. I’m fortunate enough that I can still perform for people, in Korea and in the US. I will say, the audiences I play for in Korea tend to be much more attentive. That could be a good and a bad thing.

Is there a particular message you want fans to get from your music?

Hmm.. it’s different with every song. A general message? Don’t let your art or message be poisoned by any quest for popularity. You wouldn’t be helping anybody. You’d be delaying progress on many levels.

Oh boy, I’ll stop now. haha. For people that give my music a chance I want them to see that although my music at times may seem dark or depressing, the overall message I’m really promoting is hope. 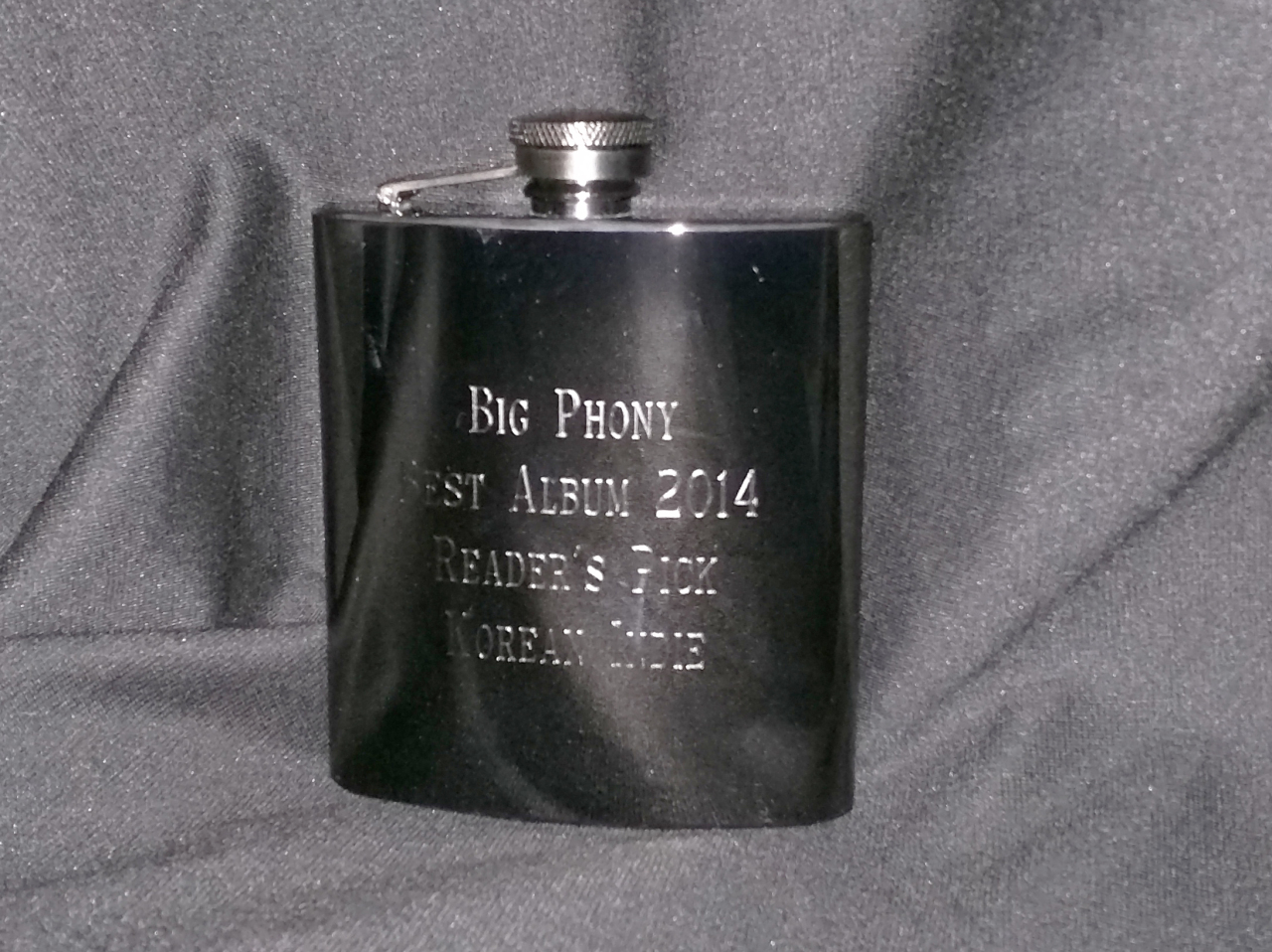 Long Live the Lie was the 2014 Reader’s Pick for 2014, but it also got a lot of attention from other outlets. Did you expect for the album to have so much interest?

To be honest I started that album to take a break from the norm. Wasn’t even positive I’d finish it. I actually was really self conscious about releasing it because I’m not well versed in that kind of genre. I didn’t want to offend anyone that was.

Thankfully I got to work with Enik Lin (IAMedic, FYKE) on the album so I felt much more comfortable because of his involvement. I did not expect it to be so well received. Completely shocked. I’ll most likely revisit that genre again if the timing is right. I hope I can.

Seoul’s independent music scene is very small, how have your experiences been living there?

Everyone involved in the scene seems to be aware of each other for the most part. None of us are really making money so it’s easy to see who’s in it for the art and a sincere passion for music. That’s pretty cool.

I think it’s also very cool that I’ve been able to share the stage with a wide variety of bands. From well established bands, up and comers, and bands new to the scene. It’s high energy and discipline on most levels.

Any Korean bands you recommend?

I’ve said this before but I’m really fond of Love X Stereo, No Brain, Big Baby Driver, Galaxy Express, Kim Il Doo, Idiotape, and tons more actually. Just the few I’ve mentioned represent some of the hardest working musicians I’ve ever met. A lot of them I’ve been fortunate enough to become friends with. I think that’s pretty amazing.

Goh Nakamura convinced you to turn to Kickstarter to crowdfund your sixth album. Were you hesitant to try and get fans to help you fund the recording?

Yeah, actually I’ve thought about turning to Kickstarter for some time now but it never happened. I always was against going that route because I just felt like I wasn’t ready or wasn’t confident enough as an artist yet to ask people to take a chance on me in that capacity. After speaking to Goh about my current situation it became more and more clear that it might be time for me to step up.

It felt like I had somewhat graduated so to speak. Also, early last year I made all my albums free for download for about a month. In that time about 82,000 free downloads took place. To be honest it was a pretty tough year for me financially so I really did need some help if I were going to release new music. I’ve been wanting to record for nearly 2 years now.

You’ve been transparent about where the money is going to go, if you surpass the original goal what’s the first extra thing you would want to get for recording?

Besides paying the fair producer rate to Goh (he offered to take a 70+% cut in order to keep our bare minimum costs feasible for a modest budget – what an amazing guy, seriously) we definitely would love to get more session players in the studio if possible. We both have a vision for a bigger sound if we’re fortunate enough. I think that would be grand.

With over 70 songs, how difficult will it be to pair it down to the ten that will go on the album?

Yeah, it’s been quite the undertaking but it’s also been fun. I think it’s a good problem to have. I’m actually going to have some love songs on this album. Not really typical of a Big Phony album. Should be a good mix though.

There’s a lot of messed up things going on in the world. It’s right to speak out against those things but I also encourage you to shed much needed light on the positive things that are changing the world for the better. I think that will ultimately tip the scale towards a better future for us all. AND please forgive me for sounding preachy. Have a nice day!