I really like exploring bands from other cities in South Korea and Busan is a place where a lot of excellent artists seem to live. Seaweed Mustache appeared in my Bandcamp feed and I bought their four song EP. Formed in 2014 with The Whistle being their first official release, Seaweed Mustache combine a lot of different genres to create their own signature style of music. 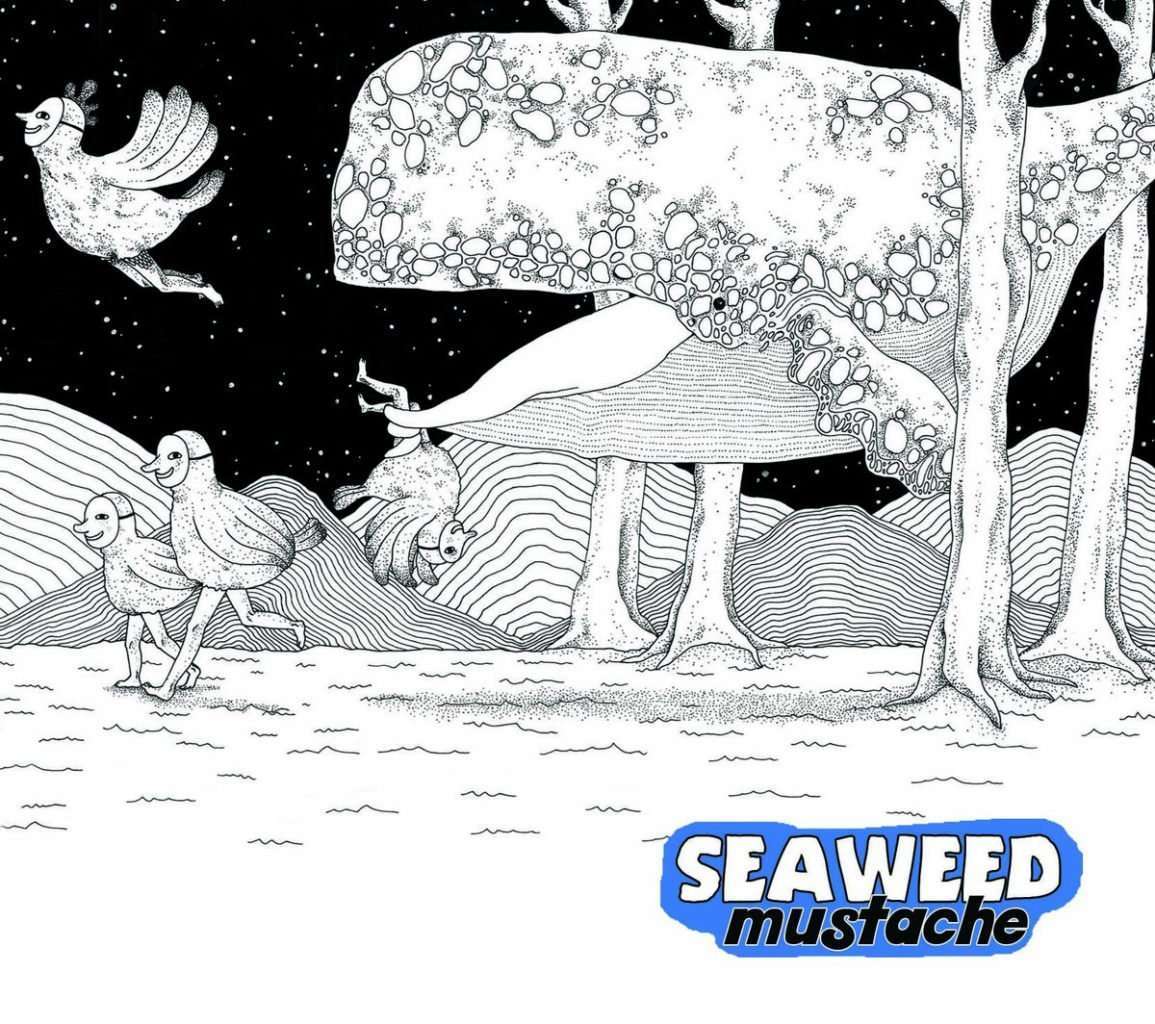 Even with only four songs, Seaweed Mustache really explore their music, disregarding any formed arrangements. “Black Stone Train,” which opens the EP, is a combination of indie garage rock with a post-rock vocal injection in the middle of the chorus. The song also pulls in shoegaze and kind of reminds me of Juck Juck Grunzie in a light sense. The EP description on their Bandcamp page says “All members contribute without any boundaries or limitations, and thus the band does not identify with a particular genre” and it’s a very good introduction. The music at its core is shoegaze, but how the three members add in their own accents to songs makes them unique.

Even stripped down, Seaweed Mustache would be an excellent shoegaze band. They have the talent for creating amazing melodies that are supported by the drums. I do like how the drums aren’t simply there to keep the beat, but actively support each verse. “Hello, Death” is the EP’s longest song at 7:11, but is also the best representation of exactly what Seaweed Mustache is about. The post-rock elements come through in a fuller form and the band is able to sonically explore the landscape they’ve created.

As a first release, Seaweed Mustache has accomplished a lot. They are very capable musicians, and the added elements and open collaboration style for songs makes everything sound fresh. I’m really curious how the band will mature over time because The Whistle is already very impressive.