PATiENTS Head To UK For The Third Time 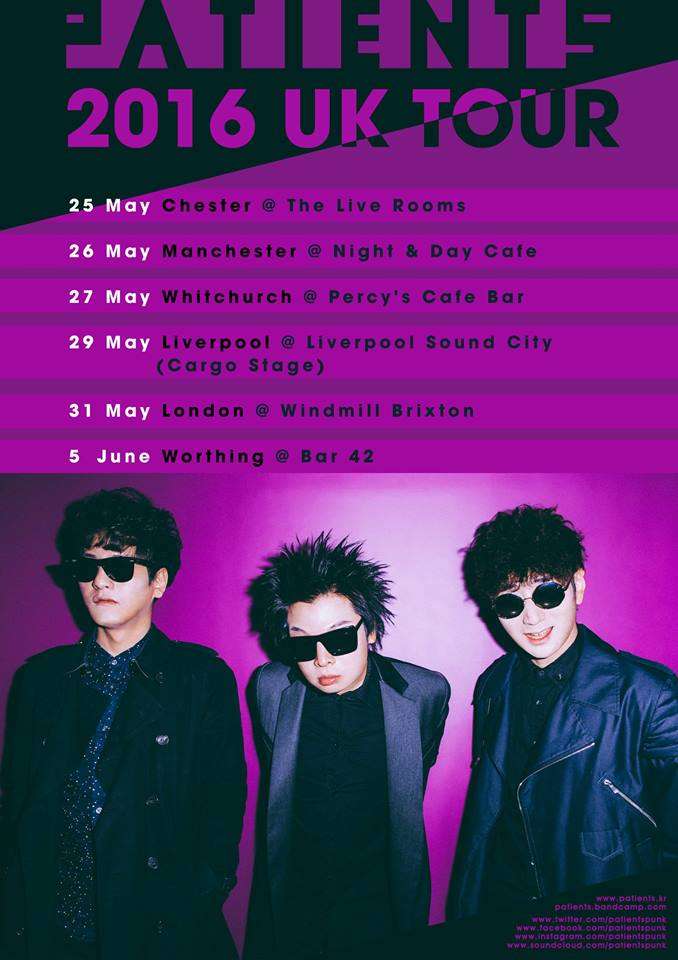 “Things with our new drummer are going really well. Hyuckjang and him are friends and have played together before. So when we started looking for a new drummer, Hyuckjang gave Soowon a glowing recommendation! The first time we all practiced together I could tell Soowon was very talented and that we all had great chemistry together. He really wanted to be a part of Patients so we were happy to invite him to join the band.” – Sumin

When the band returns from their tour, they plan to record two new singles for “Space Call Girl” and “Game Boy Game Girl.” This will be new music from PATiENTS since 18 their second full length that released in 2015.

The lyrical content for the new tracks is different from the songs on our 18 full-length that came out last year. And these songs contain some different sounds as well. We’re going to play them live in the UK during our upcoming gigs. We’re excited for people to hear them! – Hyuckjang