World Domination, Inc isn’t only sending one band to the United States. Along with Full Garage‘s Tumbleweed Tour, …Whatever That Means will also be heading to the West Coast of the United States to play nine shows. It’s unfortunate that the bands won’t be playing on the same shows, but it gives you a chance to see really great punk rock from South Korea. 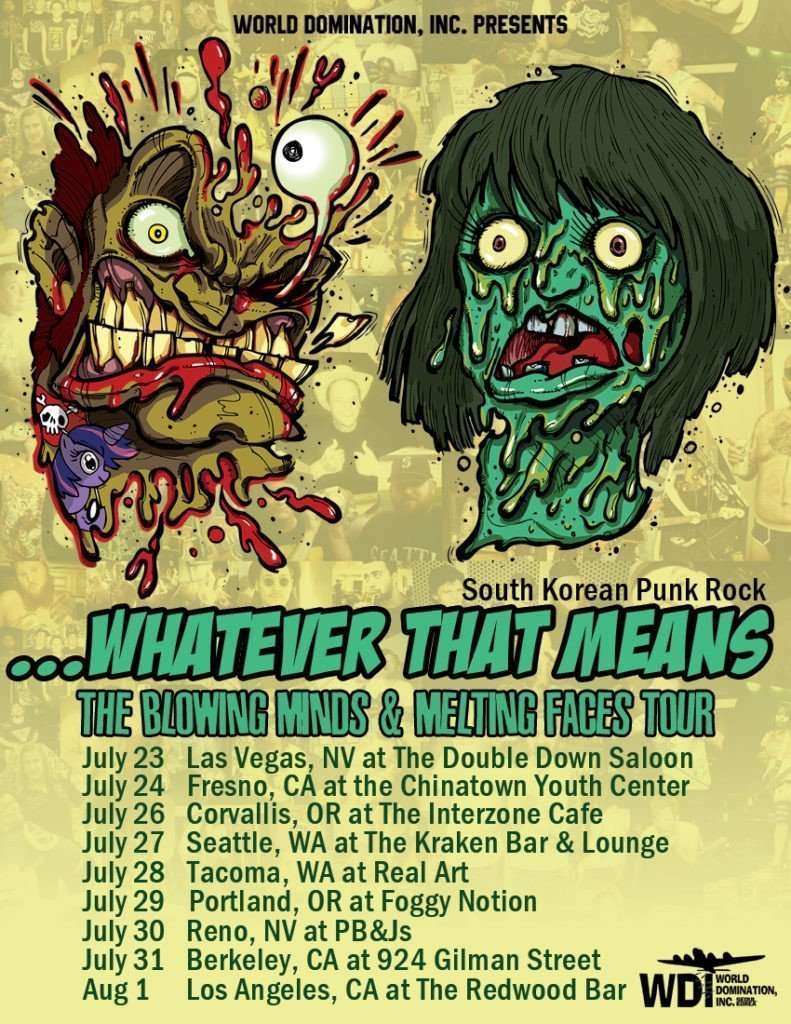 …Whatever That Means are also releasing a split with Seattle’s Burn Burn Burn before the tour and you’ll be able to pick it up at a show. I had a chance to see …Whatever That Means live a couple years back and it was one of my favorite shows that year. You don’t want to miss a show if you’re nearby.

Follow World Domination, Inc and …Whatever That Means for up to date info.