It’s always fun to listen to Korean punk rock. The genre feels fresh and bands that release music into the genre always produce some of the best music. Regardless of recording quality, the energy of the band comes through. With REDDOT‘s Juvenile, the four song EP is clean and polished, but all the best elements of the genre are still heard. I do wish the recording was a little dirtier, meaning it had a bit more “crunch,” but it still has everything I want. 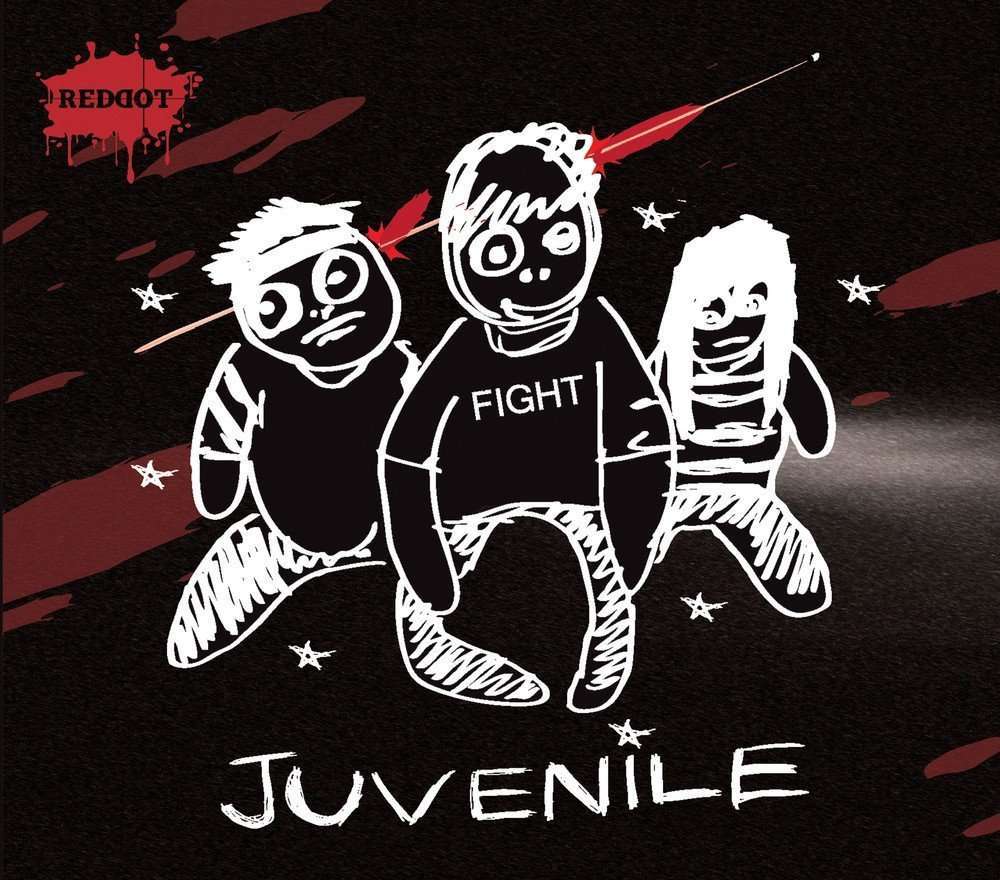 Starting the EP, “Super Hero” sounds a little less like a punk song and more of a straight rock track. It plays to the standards with distorted guitars, moving bass line, and even drumming. The levels are kind of weird with the vocals being on the top layer, the guitar next, then the drums, and finally the bass sitting on the bottom. This layering kind of mute the bass which carries a lot of the tempo with the drums. “Stay With Me” has an interesting off-beat introduction before jumping into the verse. I like how the song plays around with the rhythm so the song isn’t a standard arrangement from beginning to end. “Stay With Me” has a lot of interesting grooves verse to verse.

The lead sing is “Fight” featuring DOJO LOVECHILD. “Fight” also plays with rhythm and a lot of repeating choruses. It’s a fun song that moves pretty quickly. The addition of DOJO LOVECHILD is kind of strange, adding a weird breakdown in the middle. It works decently well, but I feel like it would work better if he had a bigger presence than just a few verses. Closing with “What Can I Say,” REDDOT move away from punk and go into a more blues rock feeling. “What Can I Say” has a different tone than the rest of the EP. It actually reminds me more of a mixture of blues and garage rock. I think REDDOT are straddling the punk rock line. It’s possible their core is punk rock, but the songs they have move away from the genre.

REDDOT definitely produced some great songs. The more I listen to Juvenile, I feel like REDDOT will move further away from punk rock and establish themselves more as a rock band. It’s not a slight to the genre, but considering some other Korean punk bands, REDDOT are away from the center. Regardless the EP is great and worth a listen.