I was introduced to Jvcki Wai by GRAYE, otherwise I probably wouldn’t have heard of her for months. Jvcki Wai is a Hip-hop artist whose flow is hard, deliberate, and aggressive. Her first EP, Exposure, does a great job introducing her no-shits-given style. I found the instrumentals very interesting because the EP was arranged and produced by GRAYE. His personal work is very different from the beats found on Exposure. 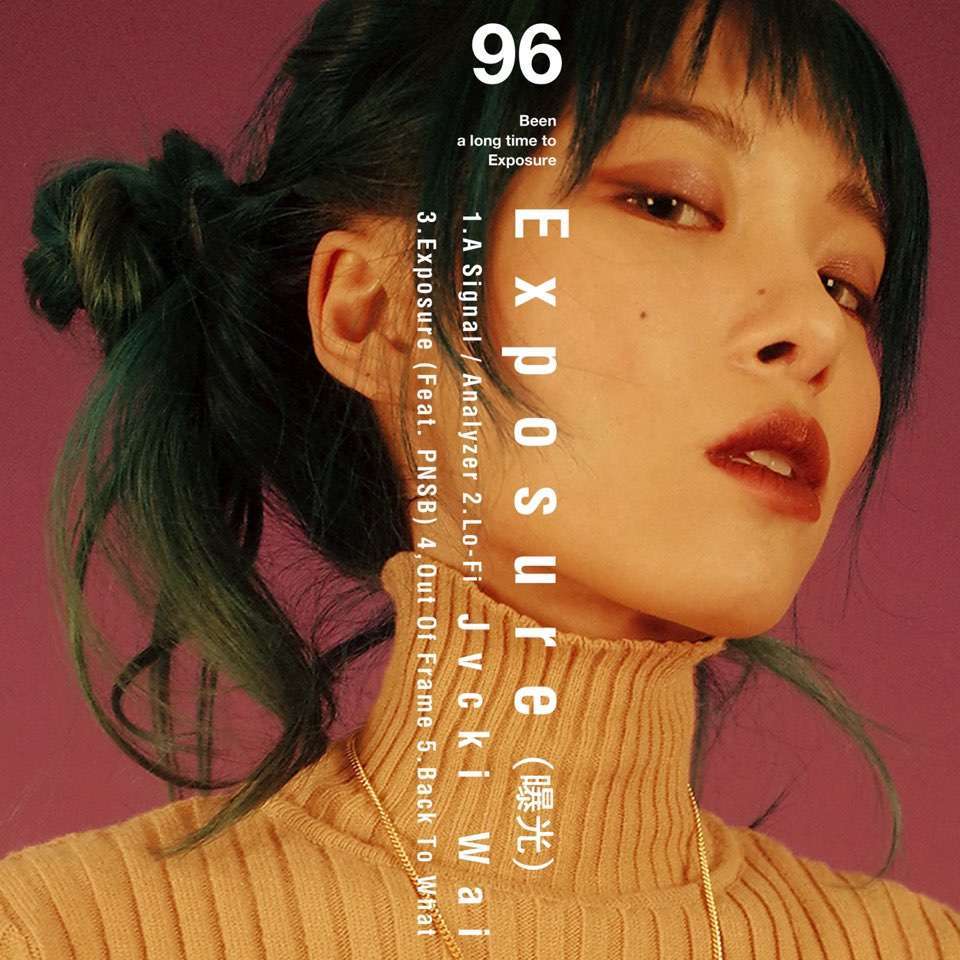 Starting with “A Signal Analyzer,” you are brought into Jvcki Wai’s world. It sounds a little bleak, a mix of hard drum beats and layered melodic samples. Her voice sticks out a lot to garner attention. The pitch is high and I originally thought that her voice was over filtered through the mixing, but watching a live video I found that her voice is very close. The songs only add a bit of electronic reverb. The majority of the song is in Korean, but there are verses of English along with an ample sample of cursing. That never bothers me, but going from Korean to an English curse word, it sticks out.

I like “Lo-Fi” the best. Its tempo is slower, more deliberate, and allows Jvcki Wai to wait for almost the end of the beat to rap. Jvcki Wai has talent in her flow. It sounds seamless and easy. The verses also don’t simply just follow the beat, Jvcki Wai adds rhythms and delays to keep each beat interesting. Honestly, “Lo-Fi” sounds like a sex song. Or a slow grind in a club. The single is “Exposure,” serving as the main introduction. Instrumentals on “Exposure” give Jvcki Wai a lot of freedom to move around and manipulate the beat. GRAYE did an excellent job forming the instrumental to feature Jvcki Wai’s style. PNSB‘s guest on the track also breaks up the wandering flow with a more deliberate attack on the beat.

“Out of Frame” solidifies Jvcki Wai as an artist to watch. Even though her vocals sit below the instrumental on this song, it’s acts like a beacon. You are drawn into her voice and the world that she’s created. “Back to What” is the most different song. Sounding a little similar to 75A‘s instrumentals, “Back to What” is a smooth groove. This is the song that allows Jvcki Wai’s voice to come across more naturally. The variety on Exposure is evident with this song.

While I was interested in Exposure because of the input from GRAYE, I left impressed with Jvcki Wai. She’s probably not well known even in South Korea, but the EP is a strong calling card. I feel like she’s able to go beyond Hip-hop and guest in other genres. Her voice is hypnotic and she definitely has the strength and talent to go far.