I’ve been lucky to have seen DIEALRIGHT perform live a few times during my trips to South Korea. I love watching them live because it’s a very straight forward crunchy garage rock performance. DIEALRIGHT released a few singles and I bought them, but I was always waiting for a full length. Finally DIEALRIGHT have put out Minor World and it’s in one word: perfect. It captures everything that people should love about the band – excellent songs, outstanding vocals, and an attitude contained in the songs that gets you worked up. 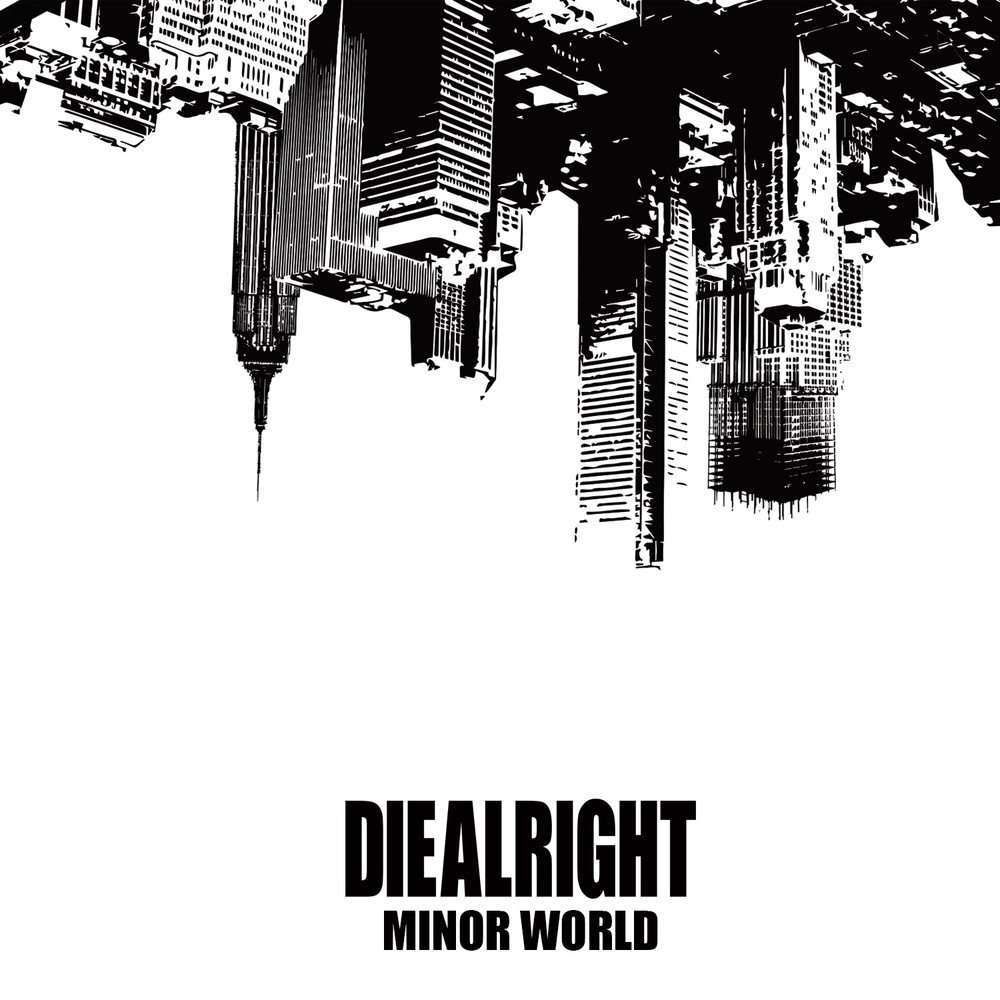 Vocal and guitarist Song-Hwa Chae is the front of the band. It’s through her vocals and performance that the band gets a lot of its energy. Even as the album starts with “Heaven,” you anticipate what’s going to happen after the introduction. Once her vocals start, she’s caught you. The vocals tell you everything you need to know about DIEALRIGHT and what you’re about to hear. Bassist 승일김 is the glue between the guitar and drums. DIEALRIGHT is a three-piece, but each instrument is integral to every song. “Hunt” is a great example of the importance of the bass. It keeps the core melody flowing while the guitars jump in and out. But the foundation of the band is Soojung Baek. Every time I see her drumming, it’s impressive because while not overly complicated, she pushes the beat with a huge amount of power.

Minor World contains the majority of previously released DIEALRIGHT songs and some I’ve never heard before. With the songs I do know, it’s amazing to hear them finally recorded. The songs I don’t know, it’s even more impressive that these songs have been hiding from me. I still think “Hello” is one of DIEALRIGHT’s best songs because it’s direct to the point, but shows off every member’s talent. Also the album is sung in English so it’s easy to jump right in without worrying about not understanding the lyrics. I think if you shared this with someone, they wouldn’t even know DIEALRIGHT is Korean.

I love Minor World. It has everything I want from a debut album. The band has laid out everything in front of them. If rock is your genre, then it’s time to join DIEALRIGHT. They’re making amazing music and finally get to showcase that to people outside of South Korea. They’ve a favorite live band, but now more people can appreciate them with this album.