Holy Hum is one of those musicians that will affect your life. His music is self-contained universes that provide audio landscapes that you will not experience with anyone else. When I first heard of All Of My Bodies and the fact that it predated his other releases, I was very curious. Now with its release, Holy Hum has presented listeners with one of the best albums of the year. The fact that most people may miss it is disappointing, but you should not.

I talked with him two years ago and it’s awesome that he’s continuing to move forward and evolve as an artist. 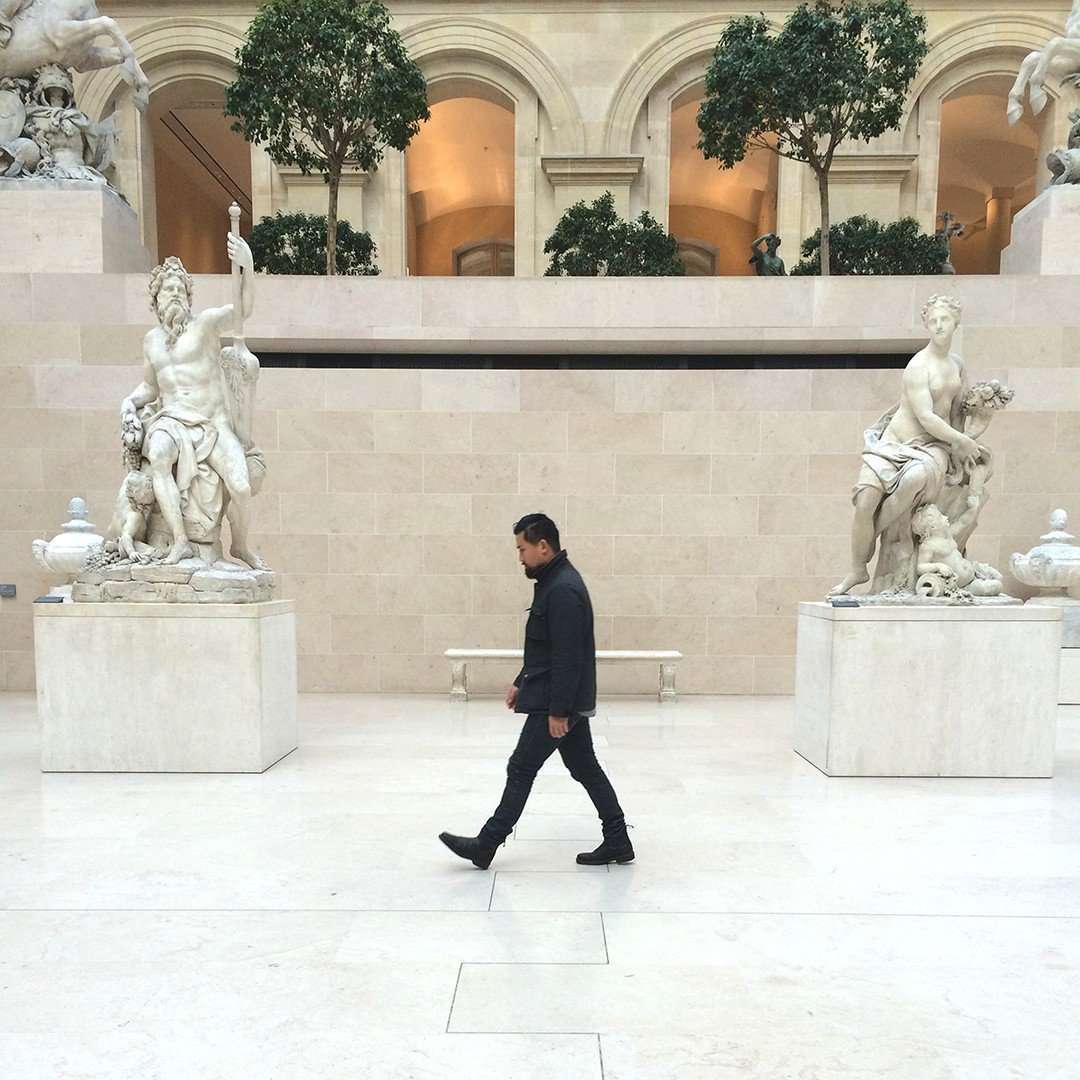 For those who might not know, can you introduce Holy Hum?

Holy Hum is a project I started probably in 2013 but I didn’t release any music or play any shows until 2015. The project is still in its early stages so I can’t really try and pin it down and define it. Sometimes it’s just me and a guitar or synth. Sometimes it’s a five piece post rock band. And sometimes it’s eight speakers in an abandoned fur vault.

According to your press release, All Of My Bodies was recorded over two years (2013-2015), but was shelved. What there a specific reason to put it aside?

I shelved the album because I did not anyone to hear it. It was such a personal record that the thought of having out in the world gave me a lot of anxiety. I’m not naturally a very open person but I guess through my art I get to experience a catharsis.

Thematically, Appendix C and A ppendix A + B are much different from All Of My Bodies , which feels more like a post rock album. Listening to the releases in reverse makes it seem like there was a big change?

You’re absolutely right. All Of My Bodies was recorded first but released last. I think the idea was for me to create the universe in which the more narrative album could exist in. Something like creating the constellations first which would be Appendix C and Appendix A + B and then have All Of My Bodies act like the sun and give the entirety of the project a centre point.

The album is dedicated to your father. Does every song on the album have some connection to him?

What’s your favorite song on the album? Which do you think is the most difficult to perform live?

You said that you were learning the recording software which was the reason it took so long to complete. What was the software and what issue came up?

My mom lent me some money to get a new computer in 2013. I got a program called Logic and immediately began recording. Some of the very first sounds I ever captured using the software ended up on the album. I was totally green and had no idea how to setup the program so I ended up recording all of the songs at different sample rates.

Ethnically, you’re Korean, but you’re playing music that’s not that common in music in South Korea’s independent scene. Do you think it’s important to promote your ethnicity as a musician or is it just something that people like to tag you with? Like it gives your music some type of immediate definition?

I really have no idea what type of music is being made in South Korea. I hear bits and pieces of what makes it to North America like Jambinai and Hyukoh but for the most part I am informed musically by western artists. I think it wasn’t until I started Holy Hum in 2013 did I realize that I had a pretty limited knowledge of music in general and made a greater effort to find out what other people in the world were doing artistically. Through my label Heavy Lark I now have partnerships with other labels based in New Delhi, India and Beijing, China and because of websites like Korean Indie I am able to keep my eye on what is happening in Korea.

I don’t think it’s important to promote my ethnicity because I hope that my work transcends that type of categorization. I don’t think being a person of colour actually helps you when it comes to trying to be a part of the mainstream anyway. At the same time, for the first time in my life I am proud of who I am, where I came from and that does give me a worldview that maybe isn’t going to cater to North America and I am totally ok with that.

With all your existing releases, what direction are you heading in? Is it more along the lines of the Appendix singles or All Of My Bodies?

I am working on a couple of different recordings simultaneously. I’ve never really done that before and it’s odd to find myself in a position with such an abundance of material. Currently I have a piano album with mostly ballads and then a jazz sounding album with a lot of guitar. What I really want to do is a dance album. It’s hard to say which aesthetic will prevail and capture my attention. Until then I will keep feeding all the heads of this beast and work away at these very disparate sounding albums.

You’re leaving Vancouver for Brooklyn. Is there any reason for the change?

My partner is studying at NYU and it was about time to get out of dodge. Vancouver has a very recent phenomenon where young people and creatives are leaving the city because of the lack of affordable housing. Without going into it too much – what I will say – as it pertains to me as an artist – is that it creates a climate where you are not able to take any risks. Because money is tight – you may not explore more options in terms of materials you are using as an artist.

You may get asked to have your first solo show at a gallery but instead of pushing the boundaries of your practice you will most likely limit yourself and do something that is palatable to the very small scene that exists here. It’s a very beautiful city. But is quickly becoming a resort town for the wealthy and this does not bode well for the arts.

What do you want listeners to get from All Of My Bodies? Is there a specific message or is it more catharsis for you?

I definitely have no intentions for All Of My Bodies. I made the record for myself and beyond that I can’t really control how it is received or perceived by anyone else. I don’t think that the album has a message. If anything it’s given me the confidence to move forward and create more art.