Jun Bum Sun & the Yangbans express a deliberately Korean sentiment, be it through their choice of instruments, construction of melodies, or lyrics. As had their two previous albums, Vagabond Songs is organized around a specific theme in Korean history. Inspired by modern Korean literature, this album uses the language of the past to locate vagabonds in the present, combining elements of traditional Korean music with contemporary rock and roll. 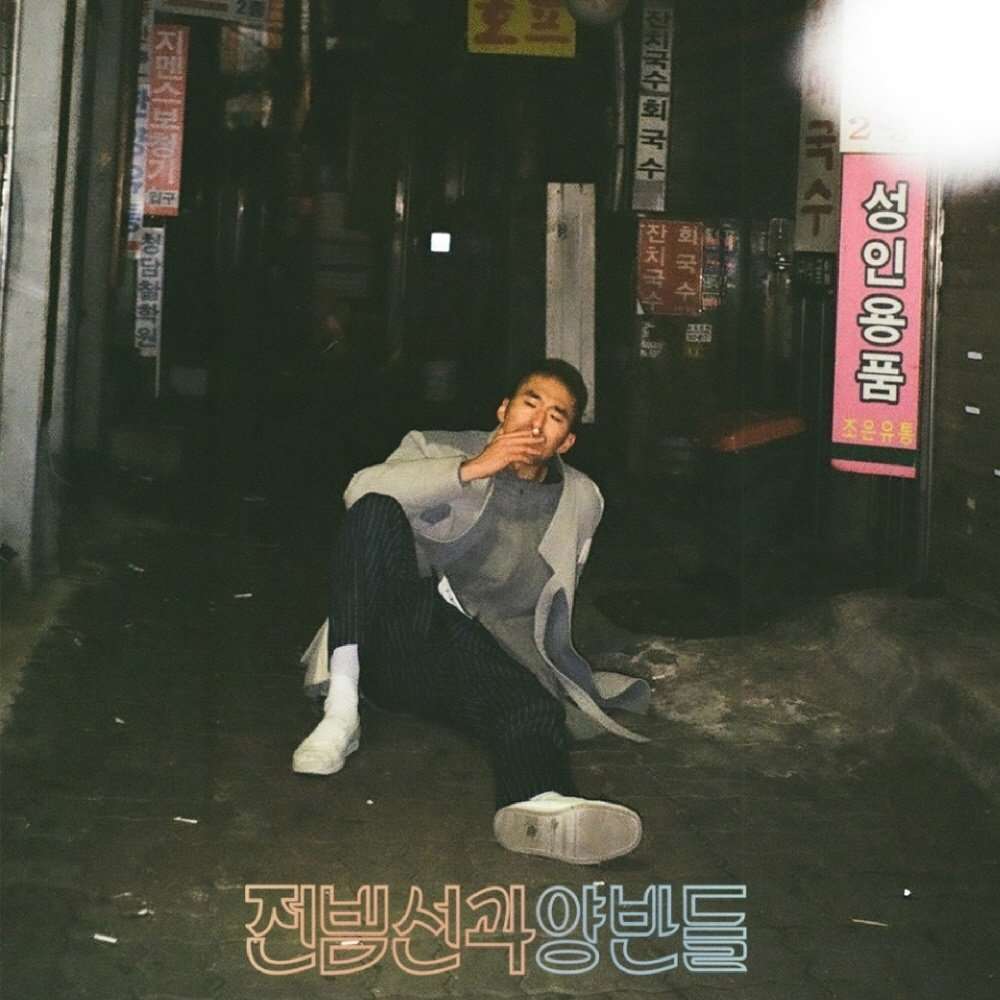 The opening track “Jihwaja” defines the band’s intentions for this album, speeding along old school rock and roll guitar riffs while taking advantage of the western pentatonic scale’s similarity with the traditional Korean scale to craft a melody belonging to both cultures. The vocal execution is visibly dramatic, an homage along with the title of the song to Pansori, the Korean equivalent of epic poetry.

The organs in the second track “Vagabond” enrich the otherwise raw-sounding guitar and drums, the guitar solo reminiscent of post-60s American rock. The catchy chorus, slick bridge, and simple composition make this the ultimate song of the lone wanderer.

Jun Bum Sun & the Yangbans continue to look to the past for inspiration, exploring punk’s intersection with the vagabond persona in “Water Wheel.” While the song sounds like something by Galaxy Express, the lyrics provide an introductory stab at the mimetic phrase “bang bang,” used to describe a spinning motion.

Bang Bang is the name of an apparel brand that defined Gangnam district’s earliest days of development, which is why an intersection in front of the store was named after it. “Bang Bang Circus,” the centerpiece of this album, is a reference to this intersection and the culture of Gangnam that the place came to signify, poking fun at its absurd fixation on achievement. The Taepyeongso, a Korean reed instrument, compliments the southern rock instrumentals.

“Mandala” acknowledges the place of Buddhism in Korean culture, sampling oral performances of Buddhist texts to add a psychedelic touch that works nicely with the spiritual theme of a mandala. The title is taken from a 1978 novel by Kim Seong-dong.

The religious theme continues in the next track “Jesus of Seoul,” the title taken from a 1982 poem by Jeong Ho-seung. Along with “Mandala,” “Jesus of Seoul” brings the sense of turmoil from Korea’s 70s and 80s back to life by placing it within the context of contemporary Korea. The four-on-the-floor drums and organs are a nod at Contemporary Christian Music worship in Korean churches, while the verses with distorted vocals sound like street preachers (often found in front of subway station) speaking through a megaphone.

A distinctively Korean funeral ceremony is sampled in “Lee Quede,” named after a painter who chose to cross over to North Korea in 1950. The entire song is modeled after traditional Korean funeral songs and its intersection with Catholic funeral mass, hymns from which were altered to sound similar to their Korean traditional counterparts by early missionaries to localize the religion. The organs, dark chimes, and reverb create an air of solemnity. The drum machine stomps out a beat that teeters close to trap, adding a different dimension to the darkness. The phonetic bilingualism using “아이고” (pronounced I-Go) in the lyrics is also interesting, as in Korean it is a mourning phrase but in English it fits into the vagabond mindset. The lyrics further reinforce this effect by speaking of a road that must be taken.

“Niliria (feat. Ahn Ye Eun)” is an adaptation of an existing neo-traditional songs from the eras of Japanese occupation of Korea, which explains the trot/enka melody played along with a bluesy guitar. Indie singer-songwriter Ahn Ye Eun’s hard voice also fits well into the trot influences.

The album comes to a close with tunes that lie closer to the band’s previous work, especially its first album Love Songs. The British rock influences in the piano and distorted guitar in “Farewell” grounds the band firmly back in compositions easier to digest with less historical context.

Vagabond Songs was a surprise release, as Jun Bum Sun, the band’s frontman, is currently serving his military duty as part of the Korean Augmentation to The U.S. Army. Guitarist Choi Hyun Kyu has also left the band, and this album is the last of the Yangban trilogy. A period of change lies ahead for Jun Bum Sun & the Yangbans, but they have already initiated in rock an active movement to ground the genre in Korea’s history, something only achieved recently by members of the reggae community like NST & The Soul Sauce.

I'm the founder of K-Sound on WNUR. I also wrote columns for The IconTV and write reviews on IZM . Though Korean rock and electronic music are my two favorites, I enjoy all genres of music and am interested in keeping up with the various different music scenes in Korea.