Named for the address of their original studio, 92914 is comprised of Lee Jun Ki (이준기) and Kwon Ju Pyeong (권주평). After having met in church, Lee and Kwon began to collaborate on R&B-steeped acoustic music, often heavily inspired by nature. 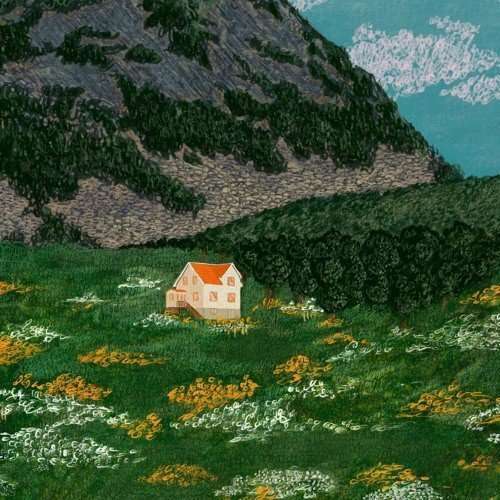 “Koh,” released on March 16, is the duo’s first single of 2019, and the first new music we’ve heard since their track “Okinawa” from last February. “Okinawa” in a way finds its antithesis in “Koh” – on the acoustic to R&B-driven scale, 92914 explore each extreme, respectively.

“Okinawa” is pensive, serene, and distant with a splash of melancholy – the lyrics construct a separation between individual and earth. In “Koh,” however, we’re immersed in a vibrant, pulsating universe of two lovers, inextricably part of and inseparable from nature itself: “You be my moonlight / I’ll be your sky / You’ve always been my home / There’s nothing like you.”

In “Koh”’s intro/outros, Lee and Kwon envelop the music in ambient sounds of footsteps on a street, playing children and birds in the distance. Channeling a bit of Belle & Sebastian’s “If You’re Feeling Sinister,” this outdoor ambience bookends a song that also captures not only the freedom but also the intimacy of nature.

Paired with a perfectly simplistic lyric video visual, “Koh” becomes a painting come to auditory and visual life. An animated version of the song’s artwork supports the scene: a couple in repose at home, where one of their paintings fills with color and movement. A house stands still, while the surrounding forests, sky, mountains, and fields pulse with the rhythm.

Although Lee and Kwon aren’t strangers to melding acoustic guitar with R&B, “Koh” certainly stands out as their most dance-friendly (and fastest, BPM-wise) song. 92914 definitely seem to flirt here with taking their music in a poppier direction, but it still is early to tell – it’ll be a waiting game until their next EP. Above all else, though, it’s clear that “Koh” feels like one of their most confident tracks. While 92914 proclaims to be cool with calling their music BGM (according to an interview with The ICON TV), “Koh” breaks away from this, emerging at the forefront as a track to play at full volume.