Apollo 18 have made a large impact on the Korean indie music scene. Their post-rock, slightly screamo, and intense, but ambient sound has evolved through each release.

Black is the first summation of their previous releases, all of which ventured into variations of different moods and themes. 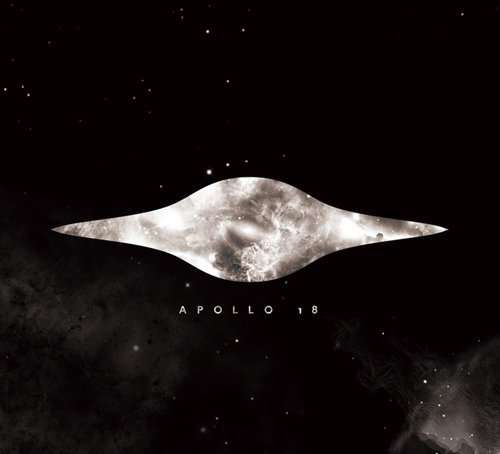 Black only has 4 songs.

Black is only around 21 minutes long.

In some ways, the EP is the obvious next step in the sound of the band. It’s tightly constructed arrangements and tone isn’t a dramatic change, but there is a quiet intensity in each of the songs.

Each of the songs, “Sonic Boom,” “Deadend,” “Corpse Flower,” and “Mur” carry a different theme.

“Sonic Boom” features the recognizable screaming that existed on the Blue album, but also includes melodic accompanying vocals to the fast tempo of the song. It creates two different tones in the same song. “Sonic Boom” could be one of the best track 1’s ever.

“Deadend” is a familiar style clocking in a bit under 8 minutes. It uses the post-rock formula that defined Apollo 18 for me early on. The song flows in waves with the full band filling every auditory space then falling into much quieter guitar followed by subdued bass and drums.

“Corpse Flower” is like “Sonic Boom” but delivers a much more aggressive presence. It punches listeners in the ears and doesn’t let up in the energy. The song also has the best drumming on the EP.

“Mur” is the slowest song on the album, smartly closing the EP. “Mur” thrives on the slow tempo and could almost be considered lagging. But it completes the album perfectly.

Apollo 18’s Black is perfect with four songs. Each track hits a different tone and creates a dynamic and complex statement. The band continues to improve with each release and Black is an EP that could speak to many listeners outside of the borders of South Korea.

This late in the year, Black could be the best release of 2011.