I didn’t listen to No Brain until I saw them at Seoulsonic 2K13 in San Francisco. They were a band that I knew about, having a parallel time of existence to Crying Nut. I had heard a few songs, but never really ventured more into the band’s music. 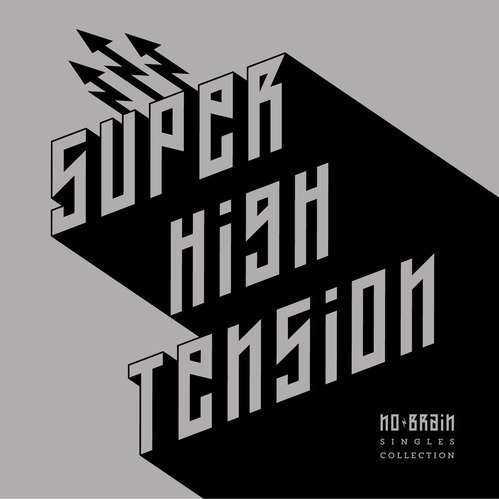 Super High Tension is a best of album pulling songs from the Stand Up Again!, Boys, Be Ambitious, 그것이 젊음, High Tension and their newest single “소주한잔.” The songs run from their 3.5 mini-album to their latest. No Brain come across as a high energy rock band that loves uses big choruses that the crowd can participate in. On each song I heard live, the chorus calls for the audience to take part at the same time.

This best of album is the best way for someone who isn’t familiar with No Brain to hear their music. One of the best parts of the album is that while you could argue the songs may sound very similar, partially because of the straight-forward guitar without a lot of effects, the core of each song is very different. There isn’t one standout track on the album, each one has tons of energy.

No Brain even went one step further and added “소주한잔” sung by drummer 황현성 which has a different feel from the rest of the songs. With Super High Tension, you’re going to get a great set of songs to really get into the band’s music and it’s worth listening through the album in one go.