I had the chance to interview Smacksoft last year after I had heard Follow Your Heart. Prior to their too-short US tour starting in March, I had a chance to check back in with the band. Whang, Bo Ryung, vocal and guitar, was nice enough to take some time and answer these questions.

The band is touring after the US in Amsterdam at the People Mountain People Sea Festival. Touring for bands is very expensive, but it gives bands a chance to showcase music to audiences that might only be able to hear them through official releases and YouTube. 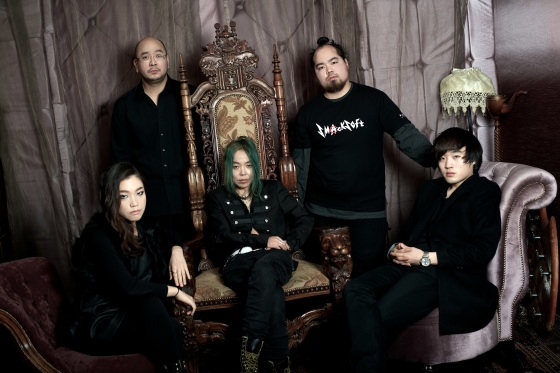 SXSW is becoming a destination for Korean bands to showcase their music. What are your thoughts about the festival?

We’re really excited about going to SXSW. It’s a really famous event and we’re honored to be invited. SXSW has music fans and music industry staff from all over the word. It’s going to be cool to have the opportunity to share our music with people from so many different places. It’s going to be fun to walk around Austin and soak up the atmosphere of the festival too.

Follow Your Heart was released at the end of 2012. Will Smacksoft be playing songs from that album or new music during shows at SXSW?

Our set list will feature songs from Follow Your Heart, some songs from other albums, and some new music too. We promise the set lists for all our gigs in the US will be packed with lots of great music!

The band previously toured the United States in the fall of 2012. Is there a different expectation playing shows during SXSW as opposed to playing in clubs?

Most of the shows at SXSW take place in clubs too. SXSW is obviously a much-higher profile show than our club gigs in the States in 2012 were. I think there is a greater chance to get more exposure for our band with the SXSW gig.

Lots of the roads in downtown Austin are closed during SXSW, so I think it’s going to be a lot harder to find parking for our club show at SXSW than it was for any of our American club gigs in 2012 as well!

With a lot of Korean bands going to SXSW, do you think this is the start of people recognizing that Korea has a variety of different music?

I really hope so! Things have been slowly improving for the last few years in the Korean indie scene. Hopefully they keep getting better and more and more people here and overseas learn about the music we are making.

Bo is releasing a solo EP at the end of February. Will the songs on the EP be more low-key and simple than the songs in Smacksoft?

The EP is called As if Nothing Ever Happened and it was released yesterday. It’s an acoustic EP. The songs are simpler and are focused more around my voice than Smacksoft songs are.

Are the songs on the EP recently composed or are they songs that you’ve had for a while and wanted to finally record?

The songs on the EP are a mix of new and old material. Some of the songs were recently composed. Others were really old and were written like 20 years ago.

What’s the one impression you want someone to walk away with after seeing Smacksoft play?

I’m hoping they like our music and walk away with great feelings about our songs and the passion we play them with. Hopefully before they walk away they buy some merchandise too! But if that doesn’t happen I’m more than happy if they go home and read more about our band online and watch some Smacksoft music videos and live performances on YouTube.

Are there any other bands at SXSW that Smacksoft wants to see play?

I’m not sure yet. We’ve been really busy and haven’t had time to go through the schedule yet. SXSW will have 2,000 bands from all over the world performing. So I’m sure we’ll come across a few acts that we think are really cool. 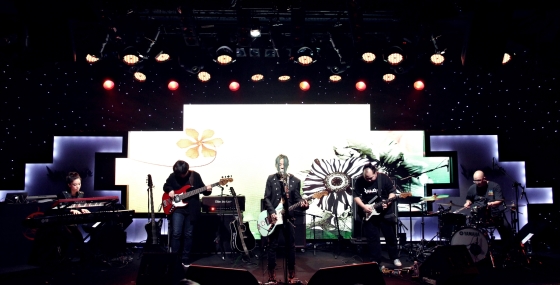 Aside from playing and watching other acts, is there anything else you hope to do while you are in the United States for the fest?

We hope to meet lots of other musicians and music fans. If we have time, maybe we’ll try to check out some of the conferences during SXSW as well. They’ve got lots of great speakers sharing advice and experiences with musicians.

And aside from that, we’ll probably just hang out and try and enjoy SXSW and Austin. We’re going to CAAMFest in San Francisco after SXSW too. It’ll be fun to spend some time hanging out and exploring in San Francisco before we fly back to Seoul.

What does Smacksoft have planned for the rest of 2014?

On Friday, March 7 we’re going to play a special fundraising concert at Nest Nada to help offset some of the expenses for our American tour dates. It’s going to be a really good night, so hopefully lots of people come out and celebrate Smacksoft being able to go to SXSW and CAAMFest with us!

On April 12 we’ll be playing in Amsterdam with Jambinai and Su:m at the People Mountain People Sea (PMPS) Festival. That should be a really cool experience. And in June we hope to release our next full-length album. We’ve got some songs written for it already, and will start recording the album after playing in the US and Amsterdam.

If you have a chance to see the band, go do it. It’s not often you will see a band like Smacksoft.