The Ghost was an album that I saw a lot of talk about before it’s release. Combative Post‘s album was one that I really wanted to listen to, but couldn’t find online. When I finally got the cd and listened to the first song “Greet the End,” I knew I had a great hardcore album. That’s what Combative Post are: hardcore. 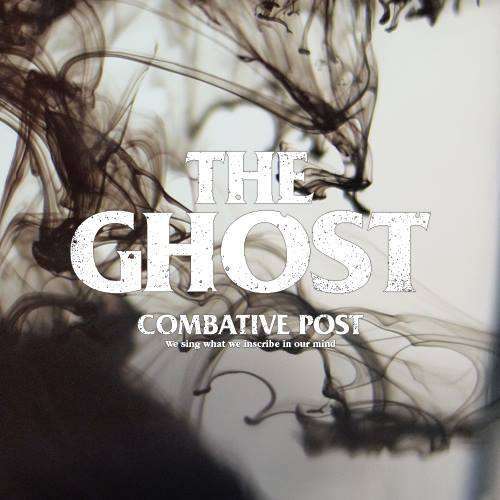 But if hardcore isn’t the genre that you listen to often, you should take a chance. While the core arrangements are present like vocals that are screamed or yelled, really big breakdowns in verses, and pounding drums; Combative Post still have a unique sound. There isn’t a hardcore band that sounds alike and Combative Post are no different. The style that the band plays has a lot more melody than I was expected.

That’s supported a lot with the choral yells behind the verses and while the vocals are yelled, they also have a melody to them. It gels each song together really well. Add in the insane amount of energy that exists on every song and it’s hard not to get drawn into The Ghost. Thirteen songs may seem like a lot, but it’s not enough to listen to. The songs are addictive and are really well arranged. If there’s any band that might convince you to look into more hardcore music, Combative Post is a main contender.

The Ghost has everything I want from a hardcore album. It’s expertly crafted songs and amazing recording give each beat the proper due it deserves. The mix allows each instrument to have a voice and the vocals bleed emotion. I stopped listening to a lot of hardcore a year or so ago, but now I want to hear all of it.