Honesty corner: I was not a fan of Gary. Lessang is great, don’t get me wrong, but I love the group more for Gil and their indie take on hip-hop. He’s fine as a rapper, but Gary’s delivery falls flat on my ears for the most part. I was skeptical of Gary’s first solo effort, Mr. Gae, from the start, but was I right to judge him before listening? 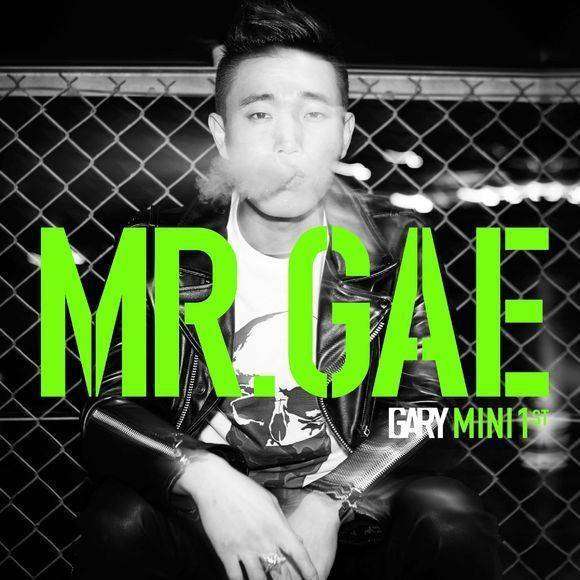 From the first bars on “XX몰라 (ZOTTO MOLA),” the song introduces a brooding Gary, one who’s romantic and drowning in those feelings, judging from the MV and the bubbling effects. That emotional combination is unique because you don’t hear it often. That blend goes well with Gary’s monotone delivery, but stands directly opposite to the other lead single, “Shower Later,” a song with great popularity despite its banning. Filled with sexual references and innuendo, he’s at his most graphic. What unites both songs, however, is that both address one girl, but whether it’s the same girl remains to be seen.

The latter half of Mr. Gae is where things go nutty. On “술 취한 밤의 노래,” Gary compares drinking too much to a circus. With an accordion, dispersed drum rolls and banging piano, “술 취한 밤의 노래” gets crazier by the second, like being spun faster and faster, with Jung In scatting and cackling you into blacking out when the song ends. The result is great and fun to listen to, being a good lead-in to the dubstep-inclusive title track.

This is right up there with “ZOTTO MOLA” as one of the best tracks on the EP. This deeper circle of Gary’s mind is lazy (no –ry in his name) and primal, with pounding bass and hectic beats so grimy I can picture a mosh pit starting. The dubstep makes sense; after all the noise in the mini, why not end in gratuitous dubstep? Where the gimmick is a market grab in other songs, placed at the end of “Mr. Gae” is the logical way to end this narcissistic look at who Gary is.

On his first outing, Lessang’s Gary holds nothing back for Mr. Gae. The EP is all over the place, sonically and lyrically, and each is pulled off well. From brooding and romantic (“ZOTTA MOLA”), sex (“Shower Later”), drinking (“술 취한 밤의 노래”) and partying (“Mr. Gae”), this mini is a sampler of the depths of Gary’s multiple interests. It’s a descent into madness, in the hands of a great talent.