Afterthoughts on In Hongdae: Indie Music in Seoul

When I originally planned on traveling to Seoul in 2012, I didn’t plan on making a mini-doc. I actually just wanted to see as many shows as possible over the three weekends that I would be staying. It wasn’t until about a month before my flight that I thought it would be interesting to record my experiences.

In Hongdae: Indie Music in Seoul didn’t actually have a plan or narrative. The basic goal was to just record as much as possible. Since many bands post their show information on their Facebook pages and many bands play during one show, I figured I’d be able to go to one show and just record a couple songs per band. Hongdae is full of venues. Club FF, Club Ta, and GOGOS2 are within 5 minute walks from one another and other venues are around the same area. The only really distant venue is Salon Badabie or Prism Hall. At least for the shows I attended.

Honestly, I was very lucky when I arrived. Choi Jaehyuk of Yellow Monsters, who I met during Seoulsonic 2K12, was kind enough to be my guide during my trip. If he wasn’t busy, he would go to shows with me and introduce me to people and bands. I was introduced to the managers of Club FF and GOGOS2, the CEO of Trippersound, director of Drug Records (home to Crying Nut), and bands like 24Hours and Monkeyz.

He also gave me backstage access to Yellow Monsters’ Monster’s Rock Show Volume 3 and their second show at Club FF. locofrank, a Japanese band who are on Old Records in South Korea came to play Monster’s Rock Show Volume 3 and their headlining show at Club FF. I was able to see the setup and methods that bands prepare for shows of different sizes. 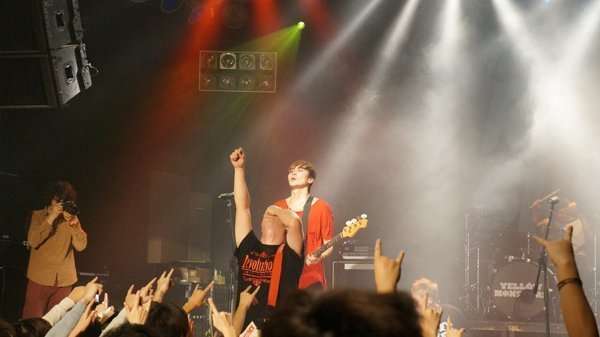 Yellow Monsters became my Korean family and I can’t thank them enough for their assistance in letting me record in the background while they were busy.

I recorded all the video on a Sony NEX-F3. It’s a very good camera that can record video and audio in various quality. It also records audio well for having a built-in microphone in the body of the camera. Recently, I got a standalone microphone attachment that should help with directed sound when I record again.

All together, I attended about 10 different shows and ended up with 44 GB of video and photos. When I flew back to San Francisco, I knew it would take a while to edit the footage together. I made the trailer on a Saturday and released it to let readers know that something was being created.

It was during Christmas break that I was able to sit down for three days straight editing the footage together (about an average of 10 hrs/day), getting permission to use music from labels, and generally trying to make sense of all the footage I took.

A problem I didn’t foresee was that I took video in 1080i AVCHD. AVCHD is a video codec that can take really good video and audio without using a lot of space on a SD card. The NEX-F3 can also take 1080 24p (cinema quality) video, but I didn’t think that would be necessary.

The first problem was when I attempted to import the video into iMovie. iMovie doesn’t support AVCHD natively. My workaround was to convert the video into MOV with a new codec wrapper. The downside to converting the files was that it increased the interlaced video and created artifacts. It’s an oversight that I didn’t take into account and annoyed me as I edited the footage together.

It shows on the finished product, but I can only attribute it to a learning experience. Hopefully, the next time I’m able to record in Seoul, the final video won’t contain the video problems. The final product of In Hondgae: Indie Music in Seoul is something I’m proud of because it’s the first time I attempted a project of that scale. Making a video containing bands, footage, and enough B-roll isn’t easy, especially because I was the only one taking video and attending shows. 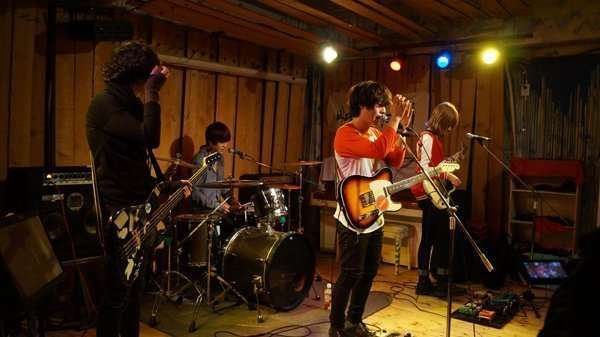 In some ways, the mini-doc is a proof-of-concept. It’s a way to show that a real documentary can be made and can feature the amazing music that exists in Korean indie and the Hongdae scene. If I was able to create something more professional, I would feature more bands, actual interviews, and a wider spectrum of artists. Timing is everything because some bands are recording new music, on tour, or not playing shows during the time a trip takes place.

I will be returning to Seoul again in 2013 with plans to make another video. With the first video completed, I will be better prepared, mainly with extra batteries and SD cards, to showcase more bands.

To the readers who watched parts or the whole mini-doc, thank you for taking the time to watch. The quality is pretty amateur, but I hope the energy of the bands came across.