When I first started writing reviews about Korean music, Shawn Despres of Koreagigguide emailed me about Apollo 18. It was kind of strange because I didn’t think anyone would notice what I was doing. He told me about Apollo 18 and asked if I was interested in reviewing The Blue Album.

Obviously I wanted to learn more about Korean rock so I listened through the 12 track album.

It was mind blowing.

From there, Shawn was nice enough to send me the rest of Apollo 18’s albums up to that point. And I knew that Apollo 18 was a special band.

If you’ve read any of the interviews we’ve done with the band, their history is pretty well known.

Kim Daein (김대인) previously went by the name of Jelly Boy, with an electronica/pop style, and had Choi Hyunseok (최현석) and Lee Sangyun (이상윤) play during live shows as session musicians.. They decided to start a band after Hyunseok and Sangyun completed their required military service.

When they returned, Apollo 18 was created.

The style of music from Apollo 18 has evolved from release to release. Their first EP, Red, combined post-rock and hardcore. It contained a wide range of song length even revealing slight shoegaze elements over the course of the songs.

They next released, The Blue Album in 2009 after their EP. This is the album that I started with from Shawn.

The album blew me away. The post-rock and post-hardcore style of the songs surprised me because I didn’t think that it was possible for a Korean band to push this kind of music with this kind of power. It was a revelation to hear the album and the songs. It really opened my mind to the different possibilities of music.

Apollo 18 spent time to re-record The Red Album into Red Plus. With three more songs, Red Plus felt more alive and perfectly connected with The Blue Album. That was the surprising element of the band because the evolution of the band has been so natural that it’s possible to hear the albums out of order and still recognize the elements of the band.

2010’s return with more new music again showed that the band was learning from their experiences playing and creating better and even more complex music. On the surface it could have sounded like noise, but multiple listens revealed an amazing synergy between the trio. The only problem with Violet was that it needed more music because Apollo 18 never feel like they release enough music.

Apollo 18 remained in Asia during 2010 and revealed that they would be taking part in South by Southwest 2011 in Austin, Texas. They were able to successfully complete 16 shows in 13 days. Playing the part of a tiny rock band from South Korea, they were able to make a huge impact on Western audiences.

They also toured 2011 in Taiwan and Japan’s Fuji Rock festival. These three tours took place while the band were an independent act.

In the Fall of 2011, Apollo 18 released Black, a 4 song EP. It was disappointing that the band wasn’t able to record a full-length, but the four songs on Black pushed a stronger presence. It was more defined, more polished, and overall a new, but familiar sound.

Black felt like a culmination of all the previous releases and new energy. It was a surprise new music return because of the time length between releases. While new music is a waiting game, their shows are always amazing. 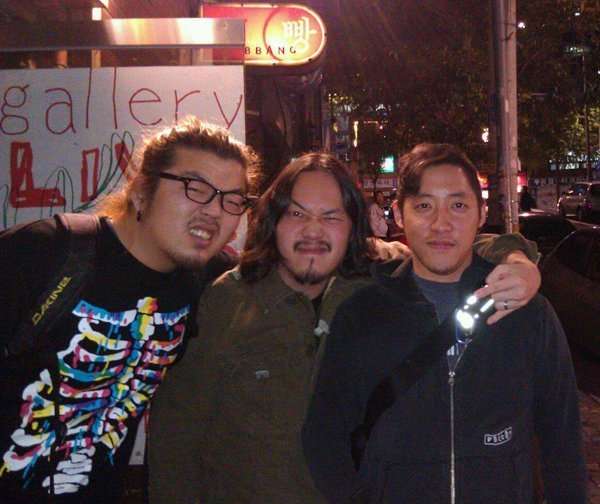 I went to Seoul in November in 2011 to meet Anna for the first time. I was also able to meet and see Apollo 18 play a live show.

While Donawhale was the band that introduced me to the possibilities of Korean indie and Yellow Monsters brought back punk and rock; Apollo 18 was the first band to show me how Korean musicians really lived.